Interview with Years of Denial

Published by Alessandro Violante on December 27, 2019 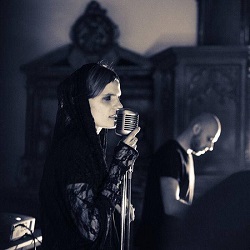 The release of Suicide Disco, the first full length by the cult duo Years of Denial, by Veyl Records, has been long awaited by passionate music addicts following the new underground scenario. That’s why, after having reviewed their release, we decided to ask them an interview. That’s the result.

Hi Barkosina and Jerome, recently your first full length LP Suicide Disco has been released  by Veyl after some EPs which also featured songs by Blush Response, Alexey Volkov and Maenad Veyl. Suicide Disco has been a commercial success, as it’s already sold out, and now, from what I’ve read from the label, it’s going to be repressed. What can you tell us about Years of Denial we can’t find in the Internet?

YOD – We wouldn’t say Suicide Disco is a commercial success. We would rather call it “creative success”. We are very happy that it has been sold out so quickly. Veyl records really helped to create a beautiful package for the Album and it all comes together…. The artwork, the poster and the music. We really appreciate there is a repress. People are into it and we are very happy about it. We think what you can find on the internet about YOD is pretty much enough information

The tile chosen for the LP suits well with its music. Your cold and “minimalist” sound which can be found in the synth sounds and the basslines, as well as in the drum machine patterns and in Barkosina vocals all mixed up evokes in me a sense of alienation and isolation typical of the society we live in, especially in the biggest cities. In the notes written by the label on the Bandcamp page, you have voluntarily chosen to record the album in an isolated estate house. It seems to me the result can be clearly perceived when listening to the release.

YOD – Yes certainly, you can feel the impact of creating in an isolated place on the album, there was also some type of transformation that happened to our life and our sound. Perhaps even digestion and reflection of our work and everyday live. Sometimes, when one finds a quiet place where silence and space opens up, certain memories, situations and flashbacks will pop up in your mind. Very often when living in busy cities, we don’t even register some stuff, it comes much later. Moving away from the city really gave us the right place and the right moment for creating the album and the process was very organic and beautiful, we even dropped few tears while making it

Several musicians, sociologists and artists of any kind have critically thought about the linkage between information overload typical of (post)-information society we live in. In the early years of Internet, when its role on our daily lives had still to be defined, it seemed this technology would have brought several advantages, but today it seems it has brought such an overload of informations, be them fake or not, having a bad effect on people, with the result they don’t have time to think. What’s your thought?

YOD – Yes, out there is a lots of fake news and so on, as well as huge amount of negativity and information that can be toxic. Especially negativity, but there is plenty of positive stuff happening but no one talks about it! Why not? However, If you are aware of bad tech hygiene, you do not need to be affected by it, you can be able to create healthy relationship with it. In general, it really depends on if you use it well or if you let it abuse you….. People should stop blaming technology…. It’s how it is, we need to accept it or simply stop being part of it. Just giving an example of social media, everybody knows how toxic and bad it is, yet we are all on it, absolutely wired at all times and on top of that we know we are trapped and controlled by it, we are trying to be political and radical, but we all function with it on social media. Bollocks! At some point you either accept it or leave it. It’s becoming boring. Look at Facebook, our political opinion will never work there, because you end up talking to circle of people who have exactly the same opinion, you won’t change anything.  Also, We are living in times of absolute freedom of expression and speech, mainly in Europe and US. The government gave us this platform for a reason, we are so easily distracted by ourselves and by others, so we forget what really matters. Our Politics became the reality TV show, it’s like watching a TV these days, but you know there is a button to switch it off. Imagine you would be placed in a room and be forced to be brain washed by media and overload with information, hey, but we are not. It’s our choice. Of course there are vulnerable people who do not understand, and that is the main problem. Especially with misinformation, but again, this is really everybody’s choice. 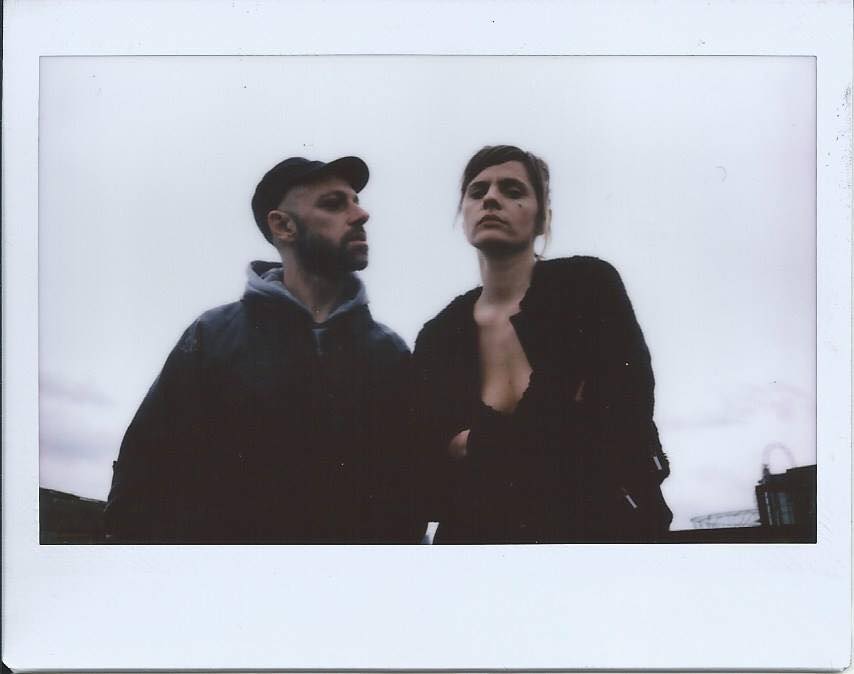 It seems to me Years of Denial are artists particularly representative of the new techno EBM sound enriched by a wave influence. You formed this project in a good moment because today it seems this music is supported and appreciated, and the feedback gained by your last release confirms it. How have you thought to start Years of Denial? Have you ever been influenced by some pioneering artists such as Adam X and the duo Fixmer / McCarthy?

YOD – We haven’t thought about how to start the project, it just happened. It’s all about the universe, energy and synchronization. We met in a specific time and place and that’s what came out of working together organically, without thinking if this is the right time or not. In fact, when creating we didn’t even listen what is around, we just constantly worked and documented our everyday life through sound and performance. Our influence comes mainly from Goth, Punk, Rock, Hip hop, No wave and so on. We think the project works and have a good response because we are writing songs, its electronic music, but it’s pretty much songwriting, it’s also very performative. We like to mix the energy of a rave with poetry and dark romanticism. It’s what we after. Regarding Adam X and Fixmer/McCarty, we certainly have respect and are aware of the legacy they left behind but we wouldn’t call them influences. If there is one to name it will be our dear friend Oliver Ho aka Broken English Club.

I’m not a musician, but I think that, for an artist, working on an EP or on a full length is quite different, because not always it’s easy for a techno artist to compose a full length without resulting in a simple collection of songs. Suicide Disco has a strong tracklist and it’s a true album with a beginning and an end, and not just a sort of “best of”. When have you started to think about the idea of the full length?

YOD – The idea of a full length release emerged as soon as we started to work with Veyl Records and agreed on 2xLP. We’ve always been producing songs rather than Dj tools and we wouldn’t say we are techno artists.

According to the lyrics of songs such as Endurance and I’m still a pill, it seems one way to escape from the sounds, the noises and the information overload typical of the fast lives we spend in the metropolis is to detach ourselves from reality, to isolate ourselves from the world surrounding us. In particular, “Endurance” seems to recall “near death experiences” drug addicts experience when using some drugs. What’s your thought about it?

YOD – The narrative of the album is an introverted journey, it touches mental health, addiction, suicide and so on. Most of the narrative comes from real life stories translated into lyricism. Stories that many of us can associate with…… Mainly mental pain….when one suffers internally, people won’t understand or see what is going on, hard to reach for help. Also feeling alienated, not fitting in or not finding an understanding within society but also within your own self….

It seems to me an interesting connection between Barkosina’s vocals and the pagination given to the lyrics printed in the poster contained in the physical release. It seems to me words pronounced slower are emphasized by a major space between fonts. Is it just my thought or does this connection truly exist? Has Tomaso Lisca worked on it?

YOD – It’s great it left such an impression on you. Dealing with Art which leaves free interpretation to every individual is important. The rest is secrecy

Another important trait of your music can be found in the drum machine patterns you have used. I’ve read Jerome has played with Piano Magic, a non –electronic music ensemble I didn’t know before, A rock influence can be found in your drum patterns, an element enriching your sound. Jerome, woul you confirm it or not?

Jerome – Yes, totally, I have been playing drums for 30 years and rock is certainly part of my background and influence. I got my first sampler around 97 and been programming beats ever since. Actually Piano Magic started as an electronic project with guitars and then evolved into a full band and started gigging more and more but we always had synths and sequences involved. Another project i played with is ‘The Eyes in The Heat’, a collaboration with Zizi Kanaan and Oliver Ho. Post Punk with a Techno edge and It was with them, I had my first experience of playing live in clubs and not Djing.

It seems to me behind your positive feedbacks there’s also the very good work made by your booking agency ALTAR, by which I’ve discovered your music. It seems to me nowadays, although the Internet is very important for communications between artists and reviewers and labels (I’m writing you from my home and you’ll reply me from yours located several hundred kilometers away from mine), thanks to booking agencies, fanzines and thanks to the vinyl and tape revival we’re experiencing, slowly music is experiencing a renewal with more of a physical distribution and fruition. Do you agree with this?

YOD – Yes, having an agency really helps.  We are not very good dealing with admin stuff as well as self promo, so it’s really helpful to have someone who does it. Altar agency is very young, but very sufficient, mainly because we share the same aesthetics and beliefs and we all care about the music we love. Altar agency is pushing forward quality and fairness and we all care about healthy hygiene within the music industry. In terms of distribution on the internet, it is clearly helping to reach a worldwide audience, which is really good. We can communicate with people far away from us and share music. It’s very positive.

The last question is a standard question but I think could be of great interest by readers. How your cover artwork is linked with your music? Which you message would you want to express?

We received few photos from Tomaso Lisca for the Artwork and fell in love with this image. Hyenas are seen in popular culture, not as powerful as they are in real life. They kill large predators and just like us are primarily nocturnal animals.