Interview with Under My Feet.

Published by Alessandro Violante on June 11, 2021

Today we talk with the Under My Feet. collective about their new release Unravelling, a tape released on 28th May on the English label Under My Feet. Unravelling features four songs by Ireen Amnes and Kamikaze Space Programme. Besides being a label, Under My Feet. organizes events since 2015 with some of the most appreciated artists of these years.

Ireen Amnes is a member of the Under My Feet. collective. We’ll also talk with them about it.

Hi! Thanks for your time. Let’s talk about Unravelling, a release exploring different styles with a somewhat “dystopian” atmosphere which made me think about the alienation affecting modern society. Maybe that’s just my personal feeling about it. What did you want to express with it?

Ireen: First of all, thank you for having us in this interview. I have taken the freedom to involve the other team members of UMF. in some of the questions.

Unravelling is more of an introspective work rather than referring to a social context. When we wrote our solo tracks, both me and Chris were going through a difficult time, both struggling with insomnia and being tormented by our own minds. There is an element of melancholy, restlessness and chaos in all of the tracks of the EP which is referring to what we were experiencing during that time of our lives.

What can you tell me about the artwork of the tape? What’s its meaning and who is its author?

Hila: I’m the one behind UMF. artworks, posters and anything visual.

The EP moves through a range of moods, textures, emotions, it’s about insomnia and the restless tormenting effect it can have on the mind. So I did some research about experimental studies on sleep deprivation and experiments on the brain to find some images to work with. I then printed out images I found of brain scans, different close ups, details of the scans and textures that could recreate visually this sonic exploration. I printed, ripped and put together everything and finally created an abstract crazy collage artwork for this tape.

When I’ve listened to Unravelling and I’ve read the informations provided on your website, I’ve thought about a place I’ve visited in London before the pandemic, “The Glove That Fits” in Hackney. I’ve felt again the feeling I’ve perceived that night. London has often been an important window on underground music. What does it offer today? What’s happening today in London and in England?

Hila: London will always have something to offer, there is always something going on and people to meet. Right now in London? It’s loading…

How the collaboration between Ireen Amnes and Kamikaze Space Programme has started?

Ireen: Me and Chris (KSP) are very good friends, it was only a matter of time till we would hit the studio and make some noise. During lockdown, this has become our Sunday afternoon thing; hanging out, watching some crime documentaries and play music while eating our favorite curry dish.

From what I’ve seen on the Bandcamp page of Under My Feet., Unravelling isn’t the first release of the label. Two tapes, one by Drew McDowall and one by Hiro Kone, were released before it. How and when the idea of creating a label was born?

Ireen: Starting a label is something Carolaina & I have been talking about since the early days of our collaboration, but we always felt that things shouldn’t be rushed.

Last year, we launched our “Live On Tape” series, a limited edition memoir for our followers of a particular moment we experienced together during our event. It has been an honour to have started off this series with two artists and friends we highly respect such as Drew McDowall and Hiro Kone. There will be more to come for that series as soon as we resume our shows, in the meantime we are focusing on original material and we will be releasing music by some extremely talented artists such as INCENDIE, Katatonic Silentio, Cocktail Party Effect and DE:MA. 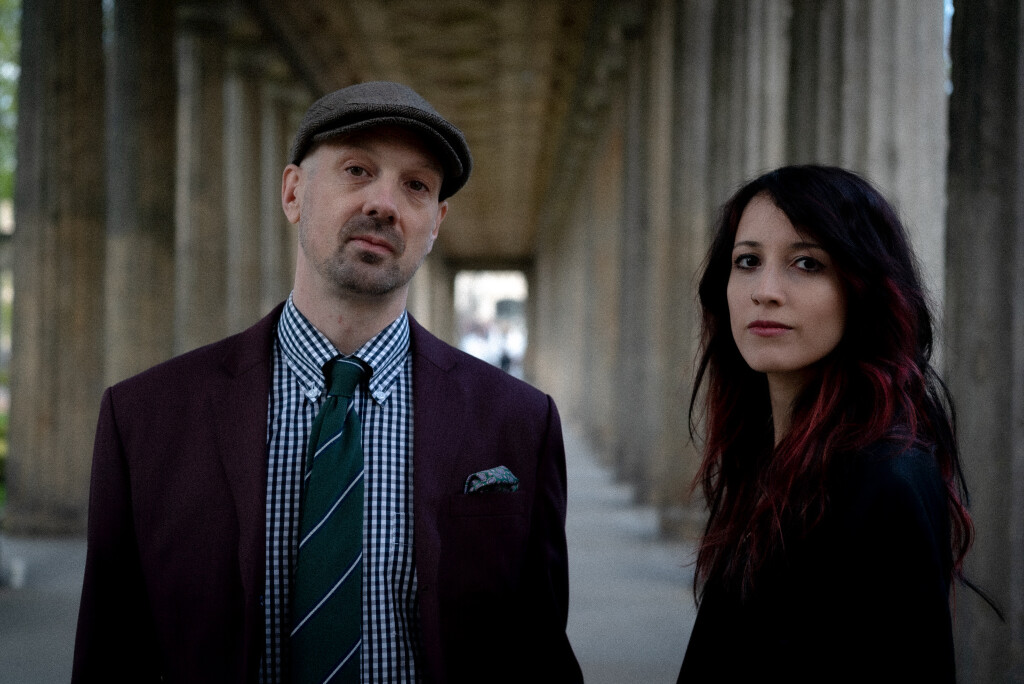 Recently, I’ve noticed it’s quite common how collectives organizing events decide, at some point, to start a label to express their message with different tools, as often artists do in the art world. Besides Under My Feet., I was also thinking about Pi Electronics and Rubber Mind. How strong is the relationship between the live dimension of Under My Feet. events and the music you release with the label?

Carolaina: Like many promoters, we started organising events because we felt something was missing in the scene, and we wanted to really bring something different to the table. It’s taken time, but we’ve grown and really managed to develop a strong collective identity by collaborating and experimenting with various creative realities. There’s a lot of artistic research and networking behind what we do, both with the events and the label, and sometimes you just have to make one step at a time to reach your goal.

The relationship between live events and the label is certainly really strong: with the label we go one step further and we give artists who share our vision a chance to explore different paths. Also, the fact that we had to stop the live events for a while due to the pandemic definitely gave us the chance to focus and work more steadily on the label and its launch.

While listening to Unravelling, I sometimes feel some kind of improvisation enriching my personal listening experience, recalling the live dimension of music. Maybe that’s just my perception of the release. I would like to know how you’ve worked together on this release.

Ireen: Definitely, we are both really into improvising and manually playing rather than programming, taking a more organic approach to the composition.

These tracks have been written over a long period of time because of our busy schedules and it has been an interesting process.

Our sonic approach on each track was changing every single session but always maintaining the aesthetic and mood of each piece.

Once recorded our hardware improvisation we joined our editing skills and trusted each other’s decisions on the arrangement.

It was a smooth collaboration and I am excited to work with Chris again on a live set.

I’ve discovered the Under My Feet. collective is formed by four people: Ireen Amnes, Carolaina Losa, Hila Angelica and Jacopo Dema. As also FLUX could be defined as a sort of collective, I would like to know how do you work together on this project. Does each member have a different role inside the project?

Jacopo: Organising events has taught us so much, not only on a practical level, but also on a human level. We have learned to know each other, to listen to each other, to collaborate, to be a team, but above all our friendship has become even stronger. If you think about it, it’s absurd, right now we are 4 and we live in 3 different cities, but the distance has never stopped us, rather ironically it has united us even more.

When we are working together, we tend to be in a better mood and work through the adversity and strain that sometimes comes from having to produce a lot in a short time. We see each of us as specialists in their own skills allowing our own strengths to shine.

Until now, Under My Feet. has released tapes. Is there a particular reason behind this choice?

Ireen: There is so much work behind any piece of music we listen to every day and our choice to release on tapes rather than just digital comes mainly out of respect for the artist’s work and allowing this to be live in a tangible format. Also, tapes are great and we feel they really fit our DIY approach to anything we do.

Listen to Unravelling on Bandcamp