Published by Davide Pappalardo on June 27, 2020 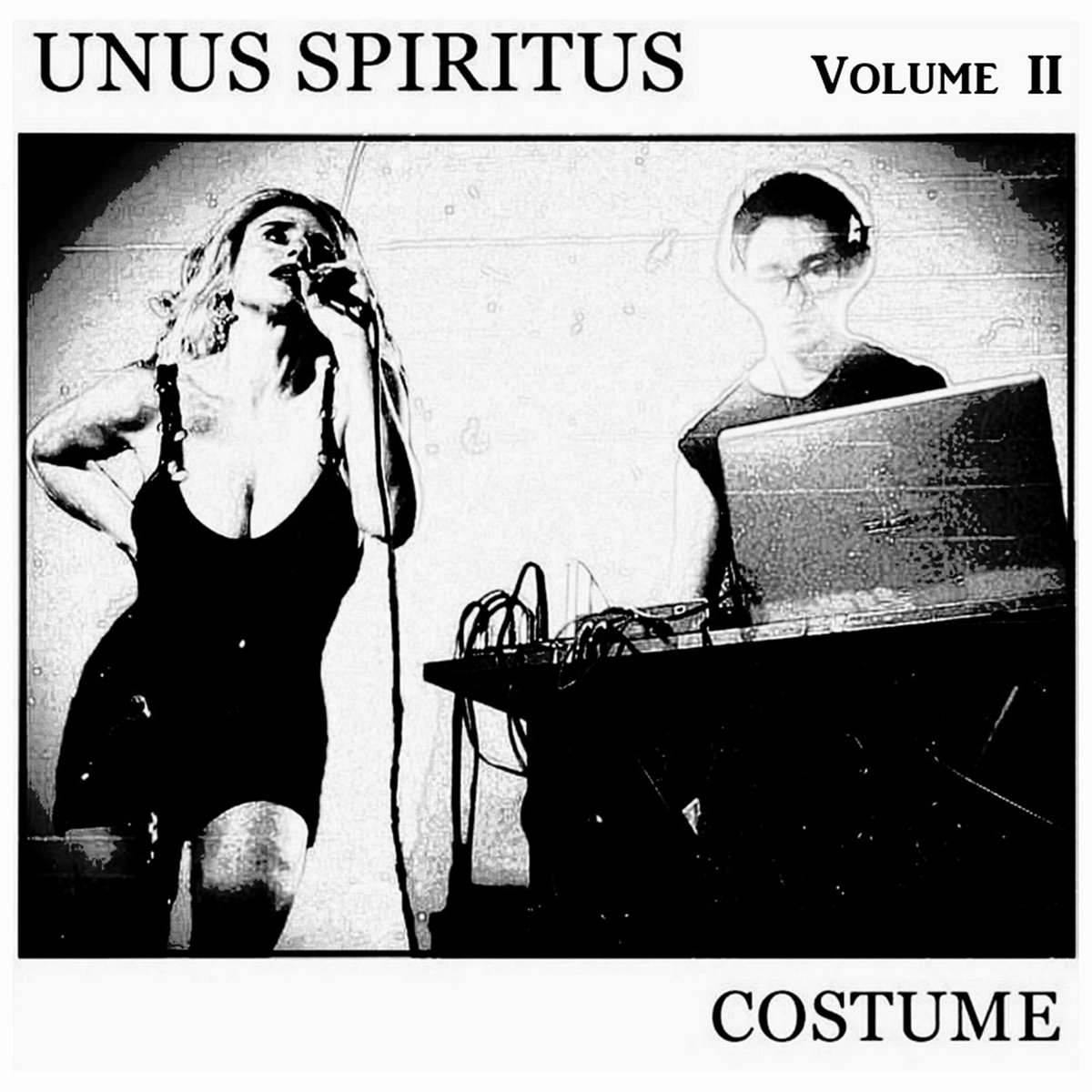 We have recently review Costume‘s album Unus Spiritus, a work born during the COVID-19 quarantine consisting of 16 tracks coming from reworked b-sides, previous sessions and vocals recorded via smartphone. It seems it wasn’t all of that, because now after two months the Italian synth/electro-pop duo of MauSS and Claudia Placanica present the second volume of this series.

16 new tracks showcasing an even more experimental style, moving between trip-hop elements, operatic music influences and punk-rock innuendos. Once again the result is quite peculiar, giving us an unique sound marking the project and its mutant nature.

Collapsed star welcomes us with its broken rhythms and seductive vocals, welcoming urban atmospheres and sax samples in an elegant structure. The soundscape reminds us of 90’s music, but with a very modern production. Amaltea is an evocative piece full of beautiful and melancholic sounds, an instrumental track with an ambient mood supported by eerie effects and mournful loops, while Calliope #1 introduce the operatic element upon a dreamy mantra made of sweet sounds interrupted by intelligently placed disturbances.

Adriane is a rhythmic affair with eerie sounds and a droning percussion, a dark episode with some common elements with modern dark techno music, mixed with a taste for moving ambiances and cinematic parts. Let me work this ice cream sees Claudia singing with her sensual voice upon an abrasive guitar texture soon reached by steady cymbals. An almost psychedelic pastiche with a lysergic atmosphere showing the “punk side” of Costume – punk as in following their own rules and moving between genres.

Yes man, you are a killer follows suit with its guitar sound and 70’s atmospheres, a mantra for rebellious nights and listening sessions, and Adriane #2 is another ambient piece with majestic soundscapes and melancholic crescendos, a sort of prologue to the previous self-titled track. Here Costume show a very interesting side of their music and the potential for a soundtrack work. Kiss me for 3,45 minutes ends our journey with a sort of mutant power-pop sound intermixed with broken trip-hop elements and experimental passages.

Unus Spiritus Vo. 2 is a collection of tracks with a very different nature between each others, but with can recognize three main motifs: a trip-hop/alternative side recalling 90’s, a psychedelic/punk take rooted in alternative 70’s and a series of cinematic ambient tracks full of pathos and emotions. An elegant style perfectly mixes darkness and light, an element characterizing most of Costume’s production, while wilder experimentation is not forfeit.