Published by Davide Pappalardo on September 22, 2019 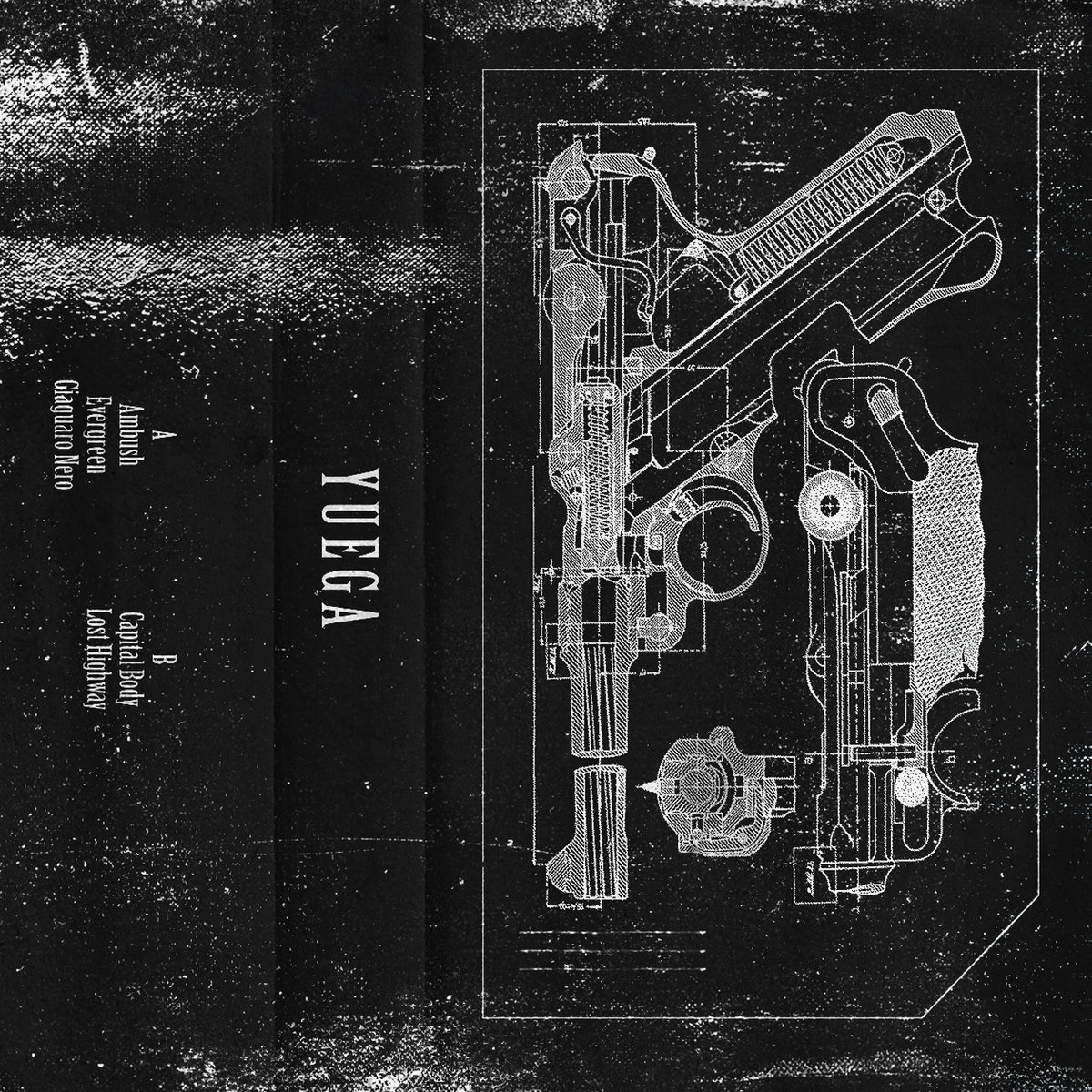 Yuega is the minimal electronic project of Nicolò Stefanelli informed by groovy loops, dark atmospheres, old-school structures and alienating passages. An acid yet dark underworld is the main theme of his music, an updated version of 80’s experimentation in which modern paranoia and the frame of current alternative club music meet the roots of techno and electro-industrial.

His first effort, the self-released 5-track cassette Untitled, is a voyage in a brooding but enchanting vision where vintage synth sounds, steady rhythms and pulsating lines, conceive a crawling movement. We find ourselves in a land between genres and classifications, a pandemonium of ideas and concepts roaming freely without restrains, but at the same time with a precise scheme.

Ambush is a marching vortex made of grinding synths and spiraling effects, soon punished by steel-like kicks and looping sounds. Eerie and sinister soundscapes show themselves during the progression of the track, but the main atmosphere is the one of a lucid nightmare where something is following us in a dark alley. Evergreen is a mutant wave pastiche with enthralling bass-lines and electro-industrial rhythmic patterns, a droning mantra for dark dancefloors. The minimal sound echoes a dusty and vintage approach reminding us of early 80’s European experiments.

Giaguaro nero uses cosmic lines and frantic beats and snare drums in an energetic number exploring the possibilities of analog synth sounds. Once again an abstract theme showcases acid settings and strong rhythms, while melancholic passages keep a mysterious atmosphere. Capital body welcomes us with a vibrating crescendo akin to synthwave sounds, but with a way dirtier and broodier style. The rhythmic obsessions with old-school acid takes remind us of Greater Than One, and the distorted vocal loops develop a robotic ritual.

Lost highways ends the work with a club-minded episode in which techno/EBM bass-lines and electro elements unite in an effective ride made of stomping beats and fast-paced snares. A malevolent motif corrodes the tropes of 90’s dance music, in a delirious mutation evoking a sort of drug-induced voyage.

Yuega offers a sort of dreamscape in the form of minimal sound-sculptures graven with wave elements, rhythmic electro industrial patterns, minimal decadence, futuristic techno vibes and grim ambiances. The result is a lysergic, atavistic dimension without time and space, an abstract experience. Stefanelli has a clear artistic vision, and we are very eager to follow his future works and developments.