Published by Countermeasures Electronics on April 12, 2020 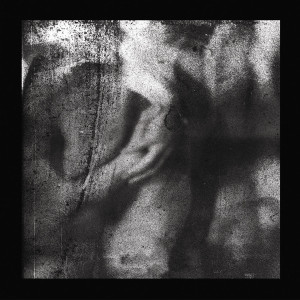 Long standing underground reference since 2004, Stirpe999 is an ancient label project from Rome that borns from the hashes of the Rave scene, picking up from the most controversial proposals and expanding the achievements left by such strong Rave culture in there.

The multidisciplinary dimension of the project articulates through different levels and kind of contexts yet tied and well rooted to the social distortion matrix animated by the natural counterculture oppositionism. The release object of this review La Testa Del Re (Literally “The King’s head”) renews the aim consistently walking the line.

The cooperation of image and sounds following the main theme, designs the context and dimension in which this journey develops, screaming against the aberrant post-human condition, in fact claiming the “King’s Head” as the symbol of the imposed authority or Status Quo, which leads people more and more away from their own true nature.

The dystopia of a system that programs, selects and controls anything within it, claiming at the same time principles of freedom only in order to place itself on the highest ranking of rightness. By claiming “the king’s head” this release wants to behead an order that is spoiling even itself, burying men under its own rubble and here we are about to be listening to their screams. The radical sound matter choice provides a noise asset that shapes all tracks around an homogeneous dimension, yet remarking the strong difference in the character of each piece.

Fire at Work itself introduces this journey with Re-Edit carrying the listener directly into a stomping ride that alternates and overlaps binary and ternary rhythmics, compiling deep multidimensional soundscapes that dived within a synthetic mysticism are resulting in a superb futuristic mechanical-tribalism. Pure‘s answer from the same A Side Accumulate Depreciation, fades in in providing balance with a doomstep piece that is an efficient yet minimalistic rave-oriented contribution to the compilation, ending up being the classy tool for deejays who like to push the boundaries of convenience during their sets.

The similarly balanced B side opens with Phanes from Oreinoi that proposes a darkstep mental-noise tool able to introduce the listener to the more abstract B-side of the compilation. Following such more introvert path, Inner8 stands out providing an elegant noise jam shaped in a way that may even be able to trigger a kind of far echoing of EmptySet sounds, nailed with iron an anger. A piece so alive in his artificiality, that it wouldn’t seem inappropriate to call it “Jazz-core”. Closing the compilation is Ouranos from Vchutemas.

An ambient-avantgardist track that drags by contraposition the release into electro-acustics, blending noise elements with the physical timber depths of bowed instruments. Besides the certain subjectivity in evaluating complex aesthetics, it is also sure that this compilation carries a message in within, and that carefully selects its messengers to tell about it. A selection of people, before being a selection of tracks, that having walked down similar or somehow coherent paths, leave the impression that in some way they unconsciously cooperated to deliver this remarkable release of Stirpe999.