Published by Alessandro Violante on July 2, 2019 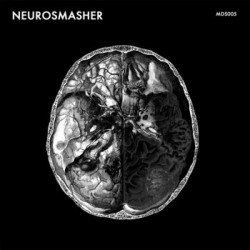 We live in an era where mass music listening is mainly dominated by the power of streaming music platforms such as Spotify and Apple Music, as well as by a hybrid streaming platform as Youtube.

Although the amount of sold vinyls has been increasing for some time and the tape market is experiencing a new revival, many people prefer listening to digital music by subscribing to streaming services, in many cases without buying music anymore. A similar phenomenon is happening in the underground scenario too. Some important labels decided to focus their attention on the digital market uploading their music on Bandcamp – not a bad idea per se, but this choice has heavy effects on music itself and the perception people have of it. That’s even truer when the music is released digital-only.

The existing connection between artists, labels and listeners, embodied by the music format on which music is recorded, is lost and the listener jumps from one album and from one song to another with a simple click or tap.

These changes lead to the urge, expressed by artists and labels, to start a revolution “from below” which is still happening. A large amount of new labels are focusing their attention on the stimulation of the rediscovery of a slower and more conscious music listening process. They’re doing so by releasing their music on a limited number of vinyls and tapes, as well as releasing compilations featuring different artists linked by some trait d’union, trying to emulate the way music was distributed in the ’80s.

In this new underground scenario growing above the ashes of  the past generations of artists, music definitions have been rediscussed, boundaries have been crossed, and both musicians and labels have rediscovered a certain punk attitude which seemed to be lost.

An ever-increasing number of labels and musicians have recently started making and distributing music. Among these there’s Monolith Records run by Sirio Gry J a.k.a Sirio Grimaldi born in Rome, a city considered very important for techno music, but active in Berlin. After some releases on several formats such as digital files, vinyls and CDs, he has just released a new compilation entitled Neurosmasher. Sirio Gry J is also a resident dj of the Berlin-based Liber Null collective.

This new compilation features previously unreleased tracks by twelve musicians, each one having a different style, but all of them linked by the leitmotiv of noise. The concept behind this compilation partially recalls William S. Burroughs and Bryon Gysin‘s theories elaborated during the second half of the XX° Century. Noises and dissonances have a critic, subversive connotation here, they are more than simple anti-music.

According to the words of Sirio Grimaldi, dissonances “can alter and smash perception”. It’s a critic towards the web 2.0 generation made of people so immersed in the digital world of Internet that they’ve lost their emotions and have progressively depersonalized themselves. Society could critically analyze reality through the processes of alteration and of destruction by the means of dissonances and noises, and people could rediscover their active and conscious role in that society.

Then, It’s undoubtful that Neurosmasher isn’t only a simple collection of songs, but the result of an analytical process shaped by Sirio Grimaldi in the same way curators do with art exhibitions, and here connections are built between artists by choosing a theme shared by each one of them.

Every musician involved in this compilation can be considered as a piece of a complex puzzle in which each piece is linked with an other; artists are linked with labels and other artists. Thanks to Neurosmasher, the listener can have an idea of what’s happening in the underground scenario right now.

To name one of the most relevant ones, Hypnoskull, with his Anti/Techno theory – a critical theory towards so called “techno industrial” music freed from its instrinsic subversive element – has been and still is an important reference for a large part of the artists involved here, and for Sirio Gry J too. In particular, D. Carbone who runs Repitch Recordings and has made a track for the compilation with the Honzo moniker, some months ago has released on vinyl a redux version of one of the most influential albums from Patrick Stevens, the iconic Ffwd>Burnout! originally released by Ant-Zen.

Also Fire At Work, active since 1999 and based in Rome, have been sharing a similar attitude, collaborating with artists such as Luciano Lamanna and Somatic Responses among others. They also run the Stirpe999 label, and have been remixed by Hypnoskull on their last release in Monolith Rec. Atomic Spawn.

Another important piece of the puzzle is that of Dave Foster‘s music, better known as Huren (as well as Teste and O/H, a project in which he works with Rich Oddie of Orphx). Minimalist, abrasive, noisy, raw and straight to the point: they’re adjectives perfectly suiting with Huren’s agenda, an artist who has released  several works with Zhark Recordings (run by Kareem) and recently on Glasgow-based Clan Destine Records.

The collaboration between MXM, who is in the Liberl Null collective too, and SOD could be considered a deep, abrasive, heavy techno song.

The other artists involved should be mentioned too: Rell featuring Eramo incarnate the more IDM-like side of the release thanks to syncopated aggressive beats, while Second Tension and Arrythmia deal with techno and rhythmic noise-derived beats, and Countermeasures Electronics uses a slower tempo and old-school dissonant EBM basslines. Sirio Gry J’s Kimera is a powerful, dirty, distorted and abrasive dancefloor killer.

Neurosmasher is a release progressively reaching the climax with a storm of very fast and syncopated beats such as those by Pure and the aforementioned versatile Fire At Work. The compilation starts with an almost ambient track written by Honzo, vaguely recalling some soundtracks of the early Dario Argento movies.

Pure’s Information age overload is a perfect title for the concept behind this release. As the minimal synth duo Mitra Mitra said, “information overload causes amnesia”, and that’s surely true. Last but not least, it should be recognized the value of the mastering done by Valerio Rossi at Phonica Studios, giving to each song a raw and old school sound while preserving the sound quality. Dissonances, noises, distortions and beats are enriched by the mastering choices, sounding very powerful. Probably, the same result wouldn’t have been reached by using a cleaner pattern of sounds.

There’s no doubt Neurosmasher is the best release by Monolith Records, in which a great importace has been given to each detail.