Published by Alessandro Violante on December 7, 2020 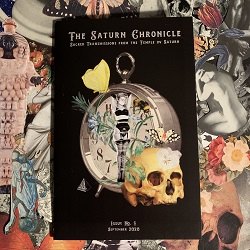 Today we focus on the topic of fanzines, an underground world resisting to the progressive process of digitalization of information. Although it could be perceived as a contradiction or as a paradox, making a fanzine offers a wider range of possibilities of expression to the people involved into it than a website can do. Although the World Wide Web could potentially have no limits in terms of structure and content display, it follows clear rules in terms of realization and fruition, developed during the years and being a standard.

This standardization in the way informations are displayed and accessed by the readers allows to easily acquire a lot of superficial informations in a limited time, but the side effect of this is that it generates an information overload often people aren’t able to handle; as a consequence of this, people tend not to have anymore an analytical approach to the informations they access to, resulting in potentially knowing everything but in truly knowing anything. Think about how social networks work and about the titles used for news. They are written to easily hit readers that today don’t have time to proper analyze the informations he access to. These informations often aren’t clear and a lot of fake news are produced, and the result is that people are often unable to differentiate bad from good news.

The fanzine, as well as a magazine does, asks to the reader to properly concentrate on its contents, to dig into it and to spend the right time on understanding its informations. However, the goal of this article is not to in-depth analyze the pros and cons of making and reading a fanzine, but that’s an introduction which should make us think about the importance of fanzines in the current epoch. The fanzine is a medium allowing to contain and to transmit in depth informations about several topics and a powerful tool artists can use to spread their art to people.

The two fanzines produced by Joan Pope are the most original fanzines I had the pleasure to discover, and I thank the artist for having sent me them. One fanzine is entitled Death is Coming, while the other is entitled The Saturn Chronicle: Sacred transmissions from the Temple Ov Saturn. 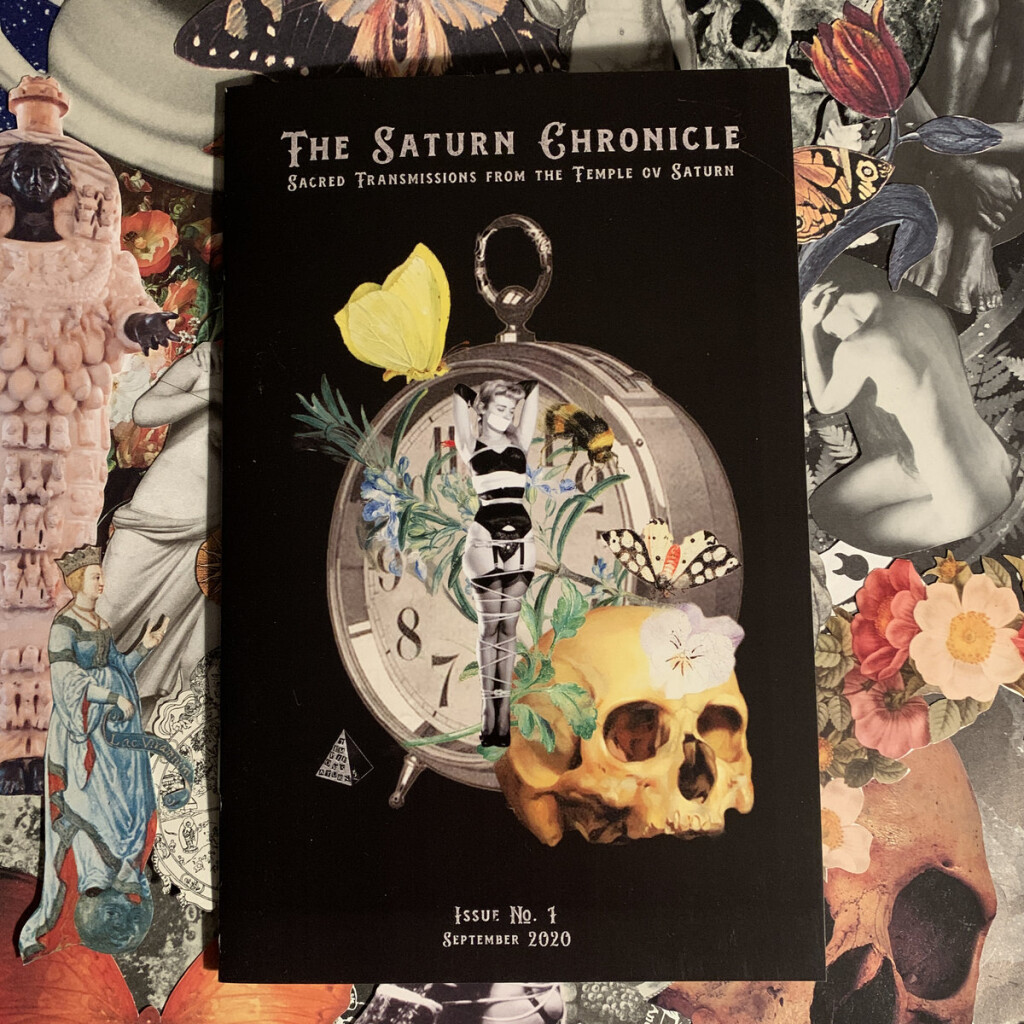 Let’s start saying that Joan Pope, active in Nyack, near New York, has created its multidisciplinary “artistic concept” called Temple Ov Saturn, a project in which her music, her fanzines, her videos and her graphic works coexist. While reading to the fanzines, we could speak about some of its contents saying that we find the personal interpretation of the popular U.S.A. imaginary enriched by a dark mood (think especially about “Death is Coming”) and by spiritual elements. Being European, I find this very fascinating as it is so distant from my culture and reminding me of a culture I love.

In “The Saturn Chronicle: Sacred Transmissions From The Temple Of Saturn” the reader will find a woman standing on a cross with dollars and the Marylin Monroe faces reminiscent of the Andy Warhol famous artwork with texts such as “reexamine our world” and “transcend modern culture”. This scene is suspended in an unreal dark background making the message even more powerful. In “Death is Coming” there’s this collage of pin-up girls, hypnotic circles, surreal images, the psychedelic imaginary of counterculture (and post-counterculture), classic sculpture and much more, so that it seems to experience a bad trip. As Marcel Duchamp made a century ago and as several others made until now, all these elements are extracted from their original context and are put together through the collage technique and the tools offered by the digital softwares, generating new meaning. The images are enriched by evocative and imperative texts such as “Allow yourself to hear the vision, read the soul, follow the words through what you already know but cannot express. Find the knowledge of death and sex”. 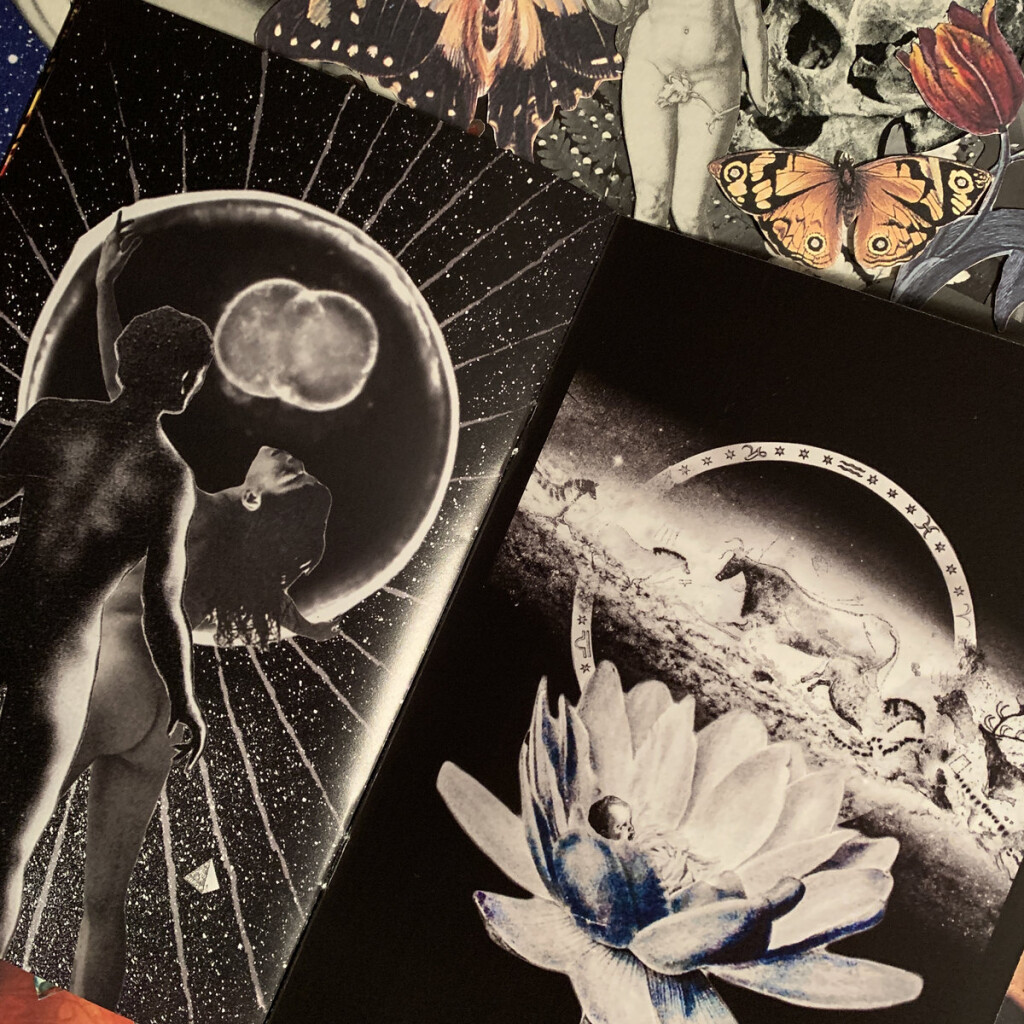 The idea the reader makes about the world of Joan Pope’s fanzines is that it is the result of the cannibalization of elements of the American popular culture rearranged in a personal way.

In “Death is Coming” the main themes are spirituality, death, sex, life and knowledge. Death is Coming analyzes in a personal way the story of the original sin. Joan Pope offers to the reader a tool to open the doors of perception as it was previously done by Aldour Huxley in his famous book, and the final result is very well made, superior to what we usually find in similar artworks.

The website name printed on the last page, sexdeathrebirth.com, redirects to the new website of the visionary artist, containing all the informations the reader could be interested in knowing about her multidisciplinary work. Sex-Death-Rebirth is described in terms of “a religious art movement for the new world”. We invite the reader to visit the website and to discover her world. The first version of “Death is Coming” was made and printed between 2015 and 2016. Originally, the first press featured a poetry collection, enriched with her graphics in the repress. The second edition, that we’re talking about, was printed this year. The fanzine is linked to a music release having the same title and released in 2017 with the “The Whip Angels” moniker. The fanzine “The Saturn Chronicle: Sacred transmissions from Temple Ov Saturn” is linked to a music album, this one entitled “Archaic Techniques of Ecstasy”.

About “Death is Coming” a lot of words should be written, but it would be impossible to catch it in its entirety, the reader should enjoy it reading it. Let’s move away from the contents and focus on the potentialities of the fanzine medium enhanced by Joan Pope in “The Saturn Chronicle: Sacred Transmissions From The Temple Of Saturn”, having something in common with Thee Temple Of Psychick Youth by Genesis P-Orridge, even if that’s something totally different in terms of contents. That’s the first issue of this fanzine, printed in September. 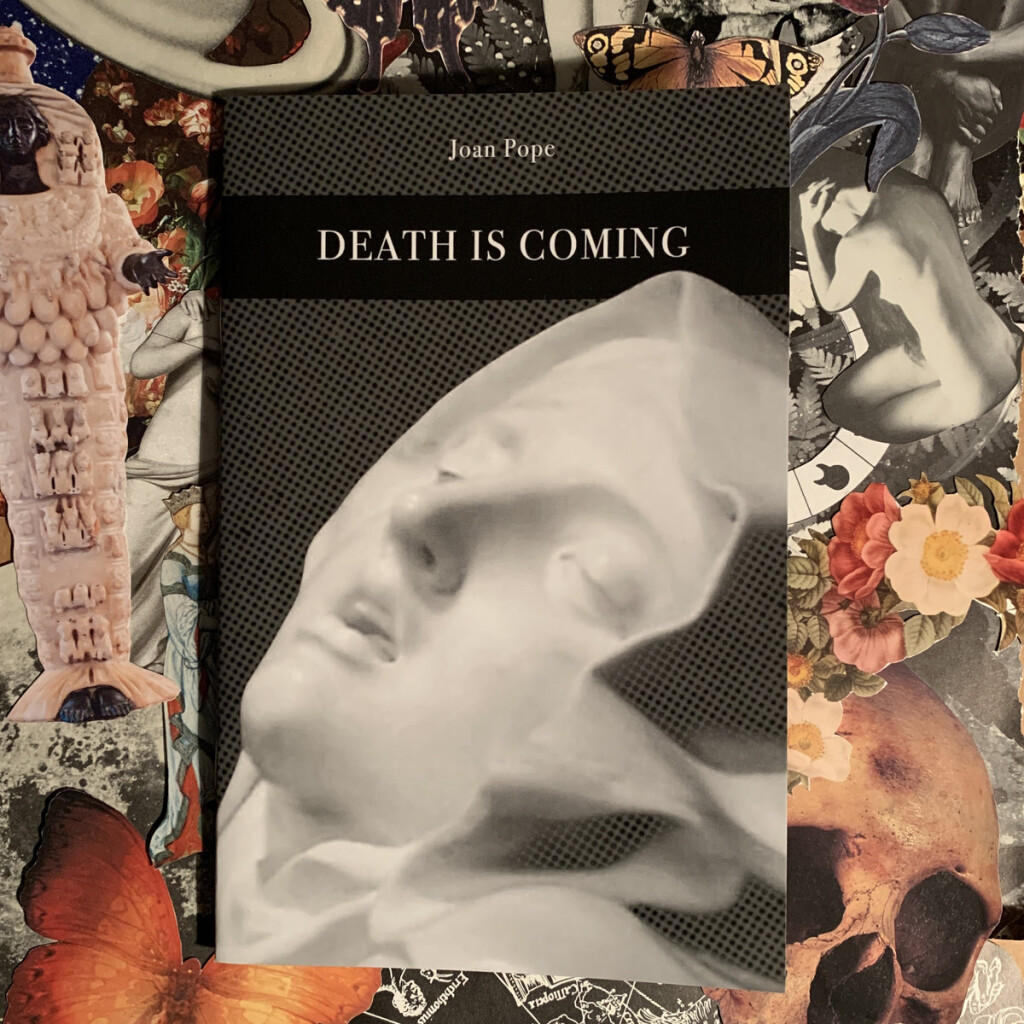 This fanzine can be read in two ways. The first way is through watching the beautiful graphic work rich of collages evoking hallucinatory states. Nature, painture, sculpture and a series of elements remind of Surrealist artworks and of psychedelic experiences. The second way is through the use of the app Roar which, through Augmented Reality, reveals contents that otherwise couldn’t be watched. After having downloaded the app, positioning the phone on the pages, the fanzine come alive, enriching the experience with art, music, video and poetry, giving new meanings to its contents and giving to the reader new ways of experiencing it.

After having experienced these two fanzines, two strong points are clear: the first one is that the presence of elements linked to American culture aren’t easy to find in a fanzine, evoking in the reader Pop Art, counterculture and a so fascinating imaginary we experienced through books, movies and documentaries; the second regards the modernity of Joan Pope’s approach. The most part of fanzines look to the past and, although proposing fresh contents, they often do it with old ways of presenting them. That’s not what happens here, especially thinking about “The Saturn Chronicle: Sacred Transmissions From The Temple Of Saturn”. Joan Pope here has worked on the language of the fanzine medium and has created something new, thanks to the possibilities offered by Augmented Reality. 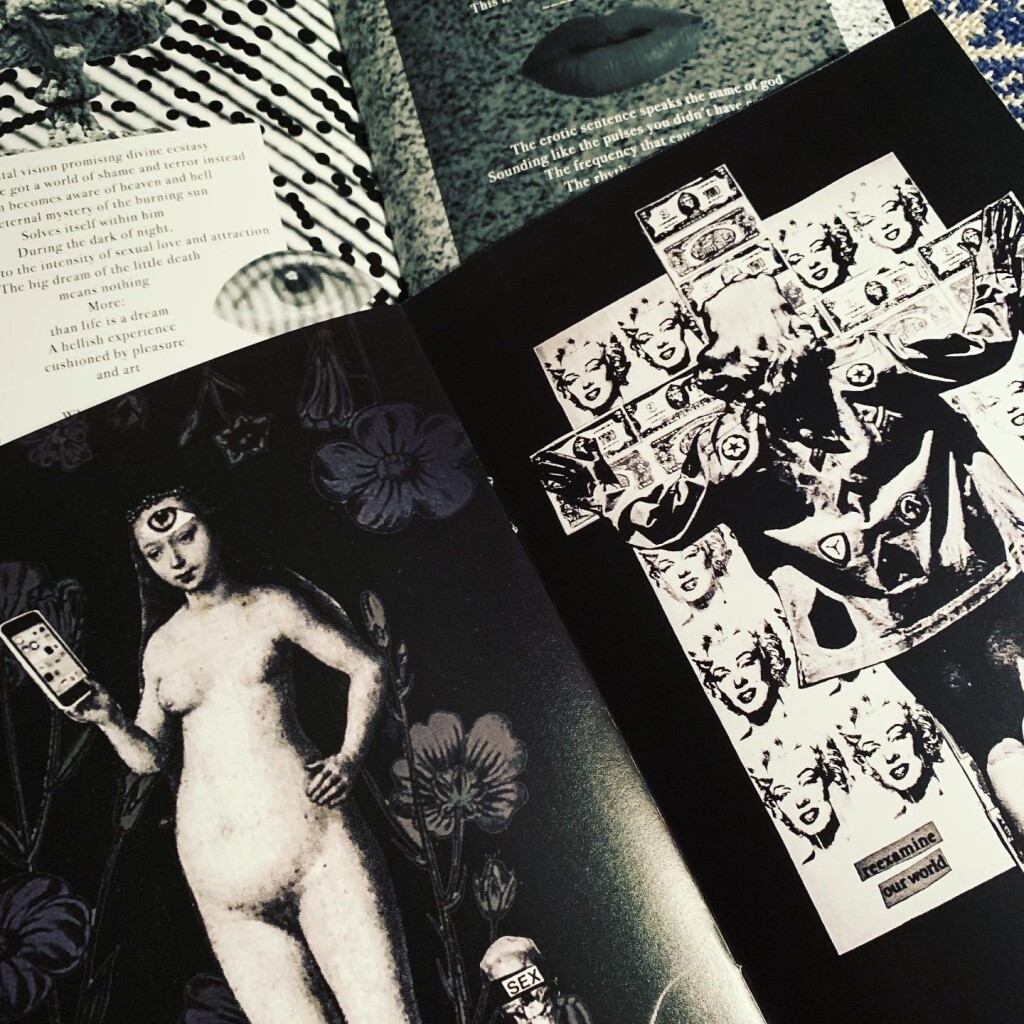 Inside the fanzine “Death is Coming”

As said before, the imaginary of Joan Pope isn’t only limited to the two fanzines object of this review, but extends to music, videos and graphic artworks.

The fanzine will be available again on Bandcamp on 1st January.

Trailer for The Saturn Chronicle: Sacred Transmissions From The Temple Ov Saturn

Teaser for The Saturn Chronicle: Sacred Transmissions From The Temple Ov Saturn

VR video for The Saturn Chronicle: Sacred Transmissions From The Temple Ov Saturn

Trailer for Death is Coming

Bandcamp release for Death is Coming