Published by Alessandro Violante on June 18, 2021

The Georgian musician Vulkanski will release a 2xLP, entitled Skeptical Answers, on BITE, on 28th June. Today we’ll talk with him about his new release and the Georgian electronic music scene.

The following questions have been written by Alessandro “FLUX” Violante and by Davide Pappalardo.

Davide: Hi, welcome on FLUX. You are one of the key figures in the Georgian techno scene and a longtime resident at Tbilisi club KHIDI. We know the city has a very vivid and flourishing movement with a strong spirit. Would you like to talk about it?

I’ll jump over the first steps and focus on the period from 2000s, the period when we in Georgia were slowly coming out of dark, getting the electricity was a reason to celebrate – this was directly linked to the cultural flow from the western world. This was the period when I started new discoveries, experiments and made my first steps in the field. At first we all were trying to copy, but this process gave birth to new trends, which had a mystical influence on us. Together with the new discoveries, existing tense dynamics in the country became main fuel for the cultural movement.

For the past few years a lot of new top quality clubs, bars and different art spaces have opened up. These are the spaces where youngsters with same interests and values gather around, mostly this value is Equality! This can be perceived as a protest against the static condition that country lives in, with new present day culture. Here everything kind of looks and sounds different, it has its own mood, own style, has social-political meaning and dynamic. All this was a huge influence on our field, it mixes well with the local emotions, existing aura and the result is what you see – our present reality. The energy on the dance floor unites everyone as relatives, as very close people, everyone is one. There is more freedom in there! You get the pleasing vibration, feeling of unity! Urban folk, nations unsteady ritualism, odd acts, chaotic reactions, inner roars, fast dances and singular jokes mix together in dark, gloomy nights of Tbilisi.

Alessandro: Recently I’ve read that KHIDI Club will organize DJing and music production classes as a program for KHIDI Academy. Not just a club, something more. I find this choice quite interesting, this way the interest toward music and the developing of a rich scene full of artists is encouraged. What can you tell us about it?

Number of people interested in electronic music increases day by day. Due to insufficient funds, most don’t have necessary gear at home, so demand is high to pass the course in the school. From the beginning, Khidi was trying to be active and focus on different cultural and educational activities in its existing space and throughout the years, we have seen amazing performances, public lectures and exhibitions. KHIDI Academy is more or less new, it started off during the pandemic. More educational programs are yet to come.

Davide: Your upcoming work on BITE Skeptical Answers is a 2xLP album in which you display a versatile style ranging from abrasive and rusty takes to hypnotizing numbers, mixing acid atmospheres and sharp effects. It follows up your previous EP on the label, Science Garden, which introduced this peculiar style to the public. What has happened in these two years? How do you think your approach to techno has evolved?

As for the most, also for me pandemic brought more easy, slow and drawled period with low energy flow. The album describes a period of discovering myself, questions around me, unexpected answers, global or micro-local traps, toxic impressions, empirical errors, sticky doubts, rusted images, unverified assumptions and ugly paradoxes are all conveyed.

This album is alive, it is breathing, its concept is open and listeners can take it which way they want in their world of imagination. 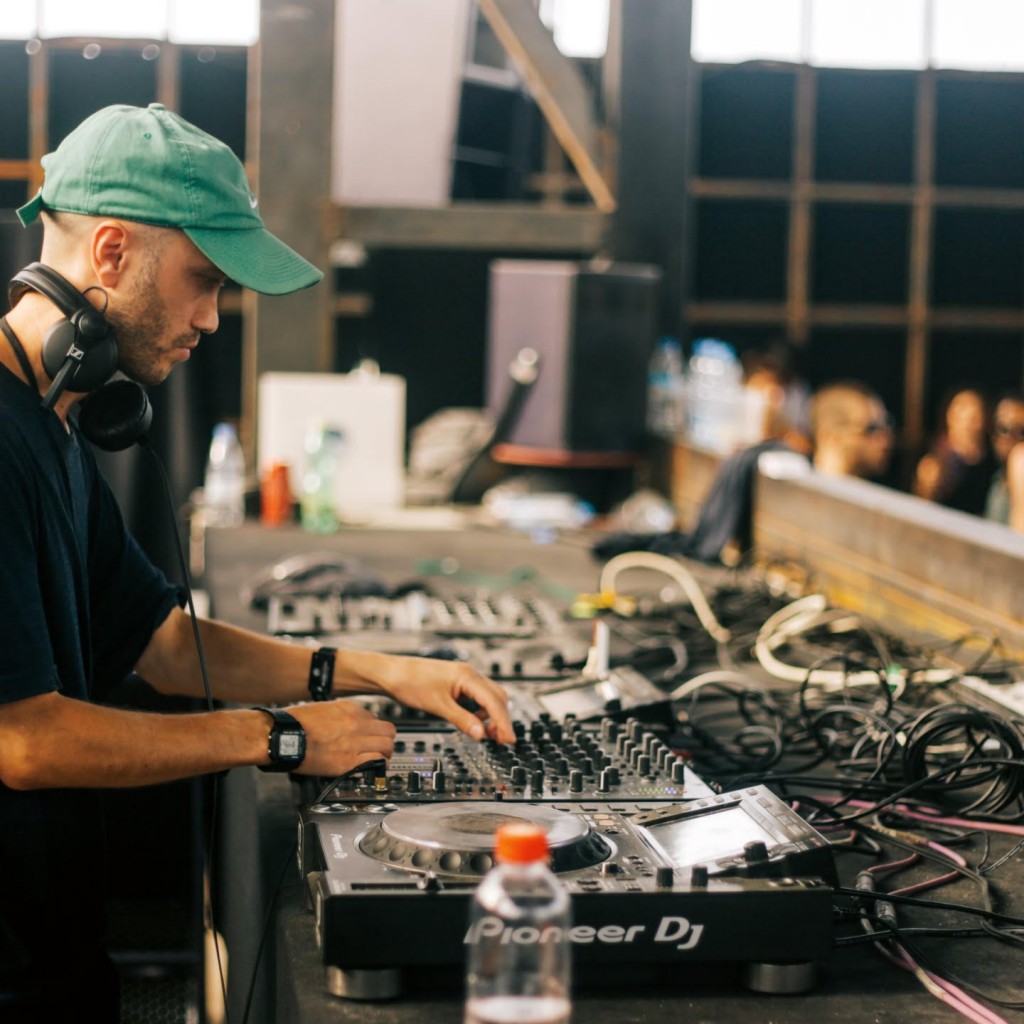 Alessandro: Spektical Answers seems to me a work which strongly represents a certain kind of underground techno music, full of contaminations and influences ranging from electro to acid and noise. My view about it is that this renders the genre as hardly definable and much more interesting. Tracks like Ochokochi, the title track, Whim, Lynguistic problems – just to cite some of them – are quite different one from another. What direction is taking what I would call as “our thing”?

During my lifetime, a lot of different genres of music made a big impact on me and left traces. I love electronic music as much as it has no boundaries. Love the feeling when I discover something new and can’t label it. Love when it meshes from one sub genre to another, like real life incidents in an illogical dream, which has no boundaries. When I am producing my own music, I try not to have limits and not to be under one influence, try not to follow any rules, not to limit myself and create the piece which best converts my state of mind and soul which I am experiencing during the process. I am satisfied with the result if it does not link directly to any existing context, genre or artist. My music does not have an established style, the process is very dynamic and unsteady. Even though the album includes all kinds of tracks, starting from 110 bpm to 168 bpm, I think what unites all of them is that they all wear intoxicated clothes.

Alessandro: Why did you choose the title Skeptical Answers for your release? What would you like to express with your last work?

Recently my feeling of scepticism towards the surrounding has intensified, the condition that we are in, people, rules, habits, ideas, opinions. This is a psychological process within me, introspection. Number of skeptical turns increases, the road is super existing.

Alessandro: Would you like to talk about the artwork of your release? It reminds me of collage techniques. What do the elements pictured here represent? Who did it?

Florian worked on the album cover, I am a big fan of his work! We have not discussed in advance what it was supposed to be, so I have been waiting impatiently for the final result. As expected – he was spot on. I wanted the cover to be the opposite of track names, kind of earthly, dirty and colourfully refined. Eyes of this weird iron creature, fancy synthetic wheel trim, glimmering futuristic collard material and overall fantastic ironic emotions go well with the fabric of the tracks.

Davide: BITE is a very important label in the underground techno scene, and it has established a name for itself via engaging releases from some top names in the game. How did you come in contact with them?

Bite is without a doubt the top label! Few years ago, when Hayden became a resident of Khidi, Tamuna – owner of Khidi – introduced my tracks to him. Soon, I received an offer and my first solo EP was on the way. Vulkanski was a new project at the time, I was collecting music and waiting for the proper label, which would be emotionally connected to me. I am really glad and grateful to be part of this label.

Davide: You are part of the duo Greenbeam & Leon, who began DJing and performing throughout Georgia in 2002. One notable appearance is the one on Boiler Room in response to the police raids which happened at Bassiani and Cafe Gallery 5 years ago. I think the political identity of techno is quite important, and I would like to hear from you about that episode and its importance to you.

Countries’ drastic drug policy pushed casual drug users towards the dark net, synthetic drugs were everywhere, which led to tragic situations when youngsters were overdosing and losing their lives.  This caught the attention of the government and as a result they raided two clubs during an event. Ravers were taken outside and they started investigations. After that there was an intense period when the situation was pretty rough. Next day thousands of people protested this action from the government in front of the parliament building. This was one of the most memorable demonstrations in my life (even though I have been part of many demonstrations). Our weapon against the system was dancing!  Later on right wing extremists confronted our peaceful protests, they were blaming us that we were popularising drugs and “sodomic sins”. Anyways, these protests had a very positive effect on some decisions – for example: law against marijuana usage was changed and now the system is more loyal towards weed smokers. Generally drug policy is still very harsh in the country and a lot is to be done regarding this matter.

Alessandro: I would like to hear from you about Georgia’s political situation. I read some news about it and I would like to know more about it. Does the social and political context in which you live influence your music?

I don’t follow politics that much, don’t watch tv and time I spend on social media is very limited. But for you to have an idea, I can tell you that everything is paused, the country is not moving forward, generations poisoned with soviet morals, unemployment, poor judicial system and church’s active involvement in politics. Occupier monster neighbour, who just does not want us to develop on our own. Society is still expecting a miracle, that western developed power will come and save us all! Sounds harsh, but that’s the reality we have to live in everyday.

As for the inspiration, I don’t think that politics has a big influence on my music, but politics is also part of the energy that surrounds us.