Published by Davide Pappalardo on August 16, 2020

Today we interview Bryan Erickson a.k.a Velvet Acid Christ, an electro-industrial act active since early 90’s. His music characterized a lot of the late 90’s/early 2000’s aesthetics and sounds, and despite the changes the project still endure today. Davide and Alessandro asked him some questions about his history, the present, and the future. 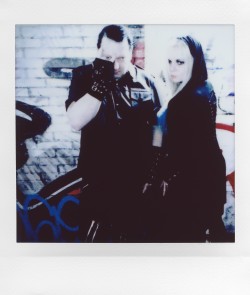 First of all, thank you for this interview. Velvet Acid Christ is a name we can trace back to 90’s electro-industrial, the time and scene where you began. But to identify you just with that time-frame would be unfair and iniquitous – your music has been evolving with any release of yours, and in the 2000’s it saw new surprising developments. Would you like to introduce you and your project to young readers? What’s V.A.C about?

Vac is a product of my twisted mind. It comes from my obsession with music, and gear, and constantly learning new modes, new ways to play, new sounds, but we try to make it raw and really emotive while still being interesting musically. I also never wanted to sound like anyone else.

Your last release Ora Oblivionis sees the contribution of the new member Dianna Recalde (Shiva) who added piano sounds and vocals, and at the same time a return to many tropes of your past (vocal samples and guitars, hard electronics, acid vibes) without sounding as a tired rehash. I would like to know about its creation and its background.

I met Dianna at a show we did in germany, and we got together and worked on stuff. She is classically trained and is such a quick learner, and was able to play a lot of our material live, she is very amazing. The lp was written over 3 years in many different studios, on lots of different gear. Even some of it in hotels at festivals we played.

Fun With Knives is maybe your most well known output, a work characterized by aggressive sounds as well as groovy mantras, the usual samples from various sources and melancholic, eerie synths. A signature sound many still identify with Velvet Acid Christ. In retrospect, what can you tell us about that period and that release? What does it mean to you?

For me, FWK was a product of listening to aqua, spice girls, savage garden, and goa trance, the years before was all goth and industrial, but I wanted to make a disco lp. So I tried, and there you go. Also because this lp was after one incarnation of the band died, and changed with new members. Only I remained.

I think Hex Angel (Utopia – Dystopia) is a very overlooked release of yours. It took the best elements of the so called harsh EBM scene without the cheesy aspects, and added your personal touch and some variations (I think of the rhythmic-noise elements in Dead Tomorrow for example). I would like to hear from your opinion about it.

Hex angel was me trying to make something that fused old industrial with trip hop hooks, and ebm riffs with a more analog synth oriented sound, I was using a lot of puppy synths. And akai samplers that meat beat manifesto used. 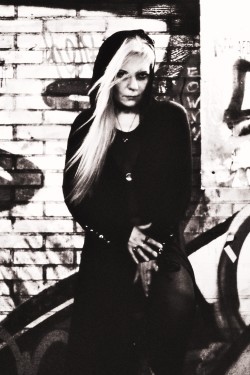 Between 2006 and 2009 you made two albums informed by your love for 80’s post-punk/goth music, which mixed it with your electro-industrial/EBM/trance elements. I’m talking about Lust For Blood and The Art Of Breaking Apart. While some people didn’t like them, I personally think they are among your best releases and they showcase how you are willing to experiment while always keeping your core elements. What do you think about them?

The truth is I like everything you hear, I am the one who approves every track. So yeah do I favor some over some? No, because after playing all of it live for so long, it all kinda is what it is. I like it, but only when I make new stuff am I excited because we have not played the hell out of it.

You have never been one to shy away from saying what he believes in and what you think, both in your music and interviews. In the past it made you some friends and many enemies, but you have always stayed true to yourself. Who is Bryan Erickson today? What’s important to you? What do you think about the current situation in the world and your country, with COVID, social turmoils, and so on?

We have a lot of stupid people in charge. I don’t want to get into it really, I am just really burnt out and disappointed with everything. Who am I, I am just a musician who really wants to keep going. And honestly, that is what I care about the most.

The industrial scene today is in a somewhat peculiar place. The early 2000’s electro-industrial scene has virtually disappeared from the radar, in Europe the techno/EBM sound is the prominent thing, while in the U.S.A you had the neo-old-school revival with names like Youth Code and High-Functioning Flesh, and now it seems people are taking an interest once again in minimal/synth and post-punk. While the word industrial has taken many different meanings, it seems there is little space for personality and experimentation among the projects. In all of this, where does V.A.C stand? What do you think your role is?

My role is to write music that I like and that other people like. As far as the “scene” it always changed, it has never stayed the same, even though the djs sometimes play the same old tired shit. New people come in, and people leave. What it is now, I have no idea, I just know about those who come to our shows, and they are very varied, not just goth, or industrial, we have a lot of different people who like us. 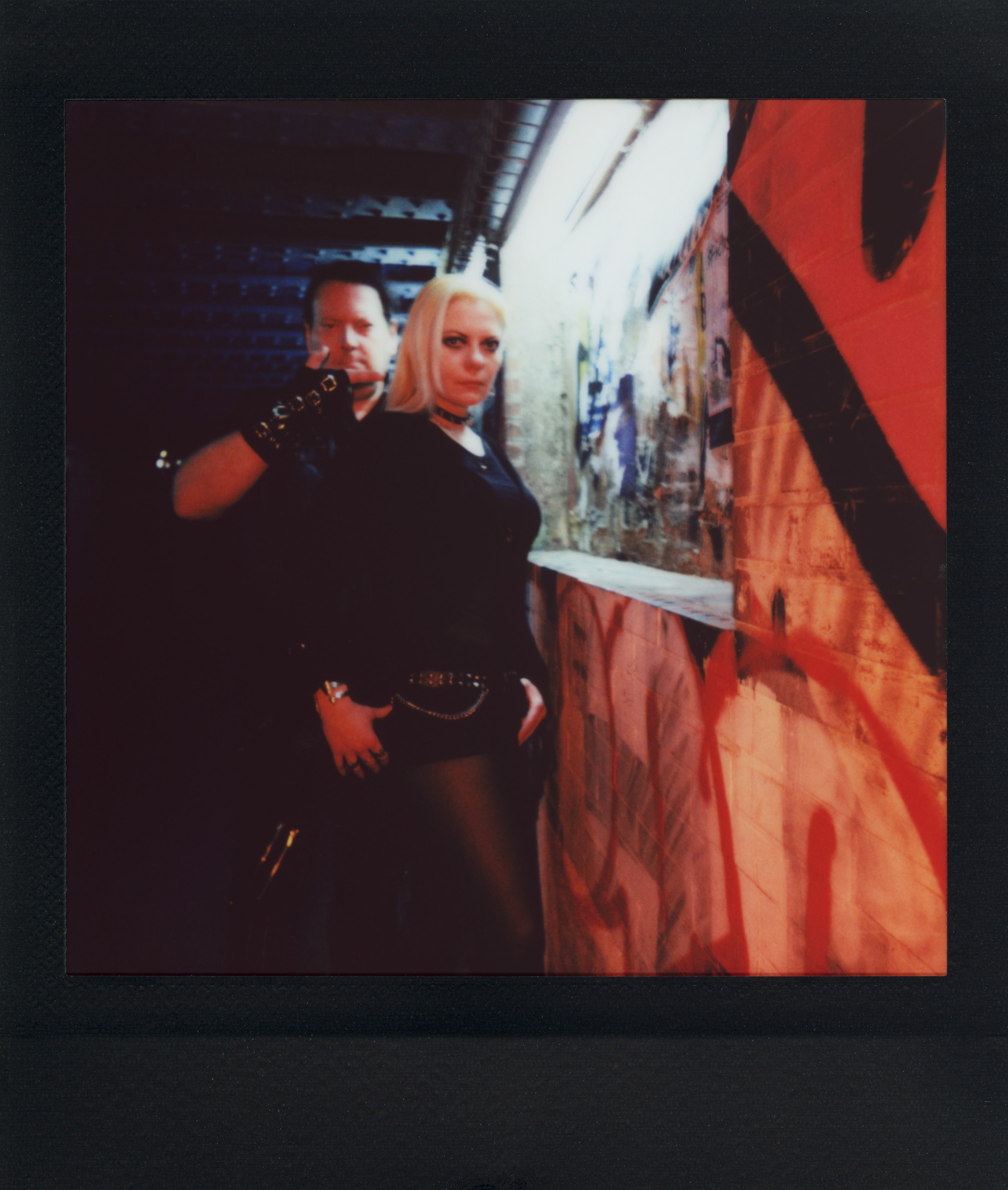 Alessandro: The first time I heard about your music was in 2003, long before I started to listen to industrial music. I remember I read an interview you made with the Italian heavy metal magazine Metal Shock. That interview was focused around your release Hex Angel (Utopia – Dystopia). Looking back at those years, what do you think can have caught the interest of heavy metal music fans back then? Do you also listen to heavy metal?

I do listen to metal and grind, and speed, death, you name it. But because I am a producer and have a hard time working with “bands” and motivating others, i tend to do everything mostly myself, and so this is why i heavily use technology, because if i had to wait for others, things would never get done and i would lose my temper and kick them out. So yeah.

Alessandro: I remember that when I started to listen to industrial music, your music intrigued me a lot, also because I read beautiful reviews about Calling Ov The Dead, Twisted Thought Generator and Fun With Knives among others. You’ve always made complex releases, rich of references, influences and elements, and your discography is very huge. Is there a fil rouge linking all your releases? Do you want to help us in better understanding the universe of Velvet Acid Christ?

All I can tell you is that I am unstable. And that really is why vac is so varied, I cannot figure out who I am, what I want, what I need, when things need to be, so its always changing because that is how my mind works. I am all over the place and most people cannot tolerate me because of this “flakey” kind of thinking.

Live experience, unfortunately an uneasy topic in our times due to the aforementioned COVID situation. Have you toured in the last years? Hoping to have the chance to see you the sooner possible, what should we expect from a V.A.C concert today?

Vac concerts have fucking lasers, and lights and video, we prefer 3 people on stage. We move a lot, and are very into it. We like it loud and want to make you dance and move and feel something. We will tour once here is a vaccine.. we hate not playing shows, we miss it very much.

Thank you again for your time. Anything you would like to add for our readers?

Thank you all for supporting us through all these years. We are nothing without our Fans.