Published by Davide Pappalardo on February 11, 2020

Caustic Grip is the project of very young and talented Australian artist Scud Viney, hailing from Melbourne. Their music consist in an oldschool yet modern brand of electro industrial informed by 80’s, early 90’s, as well as contemporary styles. We had a chat with them about their music, influences, ideas. 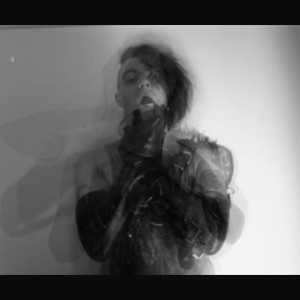 Welcome on Flux!. Caustic Grip is a young project, one of the newborn names in the modern electro-industrial scene. How did it start?

Thanks for the warm welcome. Very excited to be on Flux!

I started Caustic Grip at the beginning of 2018 with the express purpose of trying to create EBM/Industrial that celebrated the classic sounds and oldschool vibe of the genre, while also adding fresh elements and a raw, dirty Post Punk kind of aesthetic. Initially, a big part of the philosophy of the project was that each song should be written, recorded, mixed and released within a 24 hour period. The first ten songs were written using this framework. The whole project has come out pretty different to what I had envisioned at the very beginning but I think that’s good. It feels more honest and organic. Newer releases have been written as a whole over long periods, which works well in a very different way. Production is stronger on ‘The Descent’ and the newer stuff sounds way better than that as well! Also, when I give myself time, the songs seem to come out less straight up ebm and more like a hybrid of whatever I feel works! There’s heaps more room to move creatively if I let a composition grow and breathe over several weeks rather thrusting the whole thing into existence over a single day! For example, I think ‘The Descent’ is far better structured than ‘Vol I and II’ with more Synthpop/pop song structures and influence. The next release is gonna be way dirtier, darker, aggressive and thoroughly danceable! A friend of mine described it as a ‘club nightmare’ which is a wonderful description of the new sound over all!

After two self-released cassettes simply called Volume I and Volume II, you have published The Descent on independent label Vertex Records. It seems finally someone is recognizing your talent; would you like to talk with has about what it means to be an underground artist today?

Being an underground artist is all that I know to be honest. I’ve played in punk, metal and hardcore bands for most of my life and grew up largely within the Melbourne DIY punk scene. Lot’s of self releasing, self organized touring, art work, flyers, home recording and self promotion! It’s hard work but it gives you a level of control over the way the music is presented that is invaluable, especially if you want to make dark and twisted shit! It’s probably been a bit more of an uphill battle since i’ve been doing Dark Electronic music as there isn’t a widespread scene or community for Electro- Industrial in Australia. Again, that’s been kind of good because it has allowed me to figure out what really works for the project and what doesn’t over time without scene bias, hype or attention to trends. For me, it’s all about control. I really value being able to contribute to every stage of the release process, including artwork. This is why Vertex was the perfect label to put out The Descent! I was given so much freedom and choice regarding the nature of the release. Also, the Vertex artwork for the cassette is beautiful! Better than anything I could have made!

Your music is informed by names like F.L.A, Covenant as shown in your cover of Replicant, Apoptygma Berzerk, among others. What are your other influences? How did you find about this kind of music?

I’d say the key influences on Caustic Grip now are pretty different to what they were for the first collection of songs. In the beginning it was all oldschool stuff like early FLA, Nitzer Ebb, Klinik, 242, Tribantura and so on. There is far more contemporary influence now as I have discovered a lot more of the music being created at the moment through playing shows and scouring the internet. Schwefelgelb, Keluar and Kontravoid are huge influences on what i’m doing right now! Pretty much anything on the Fleisch label is my cup of tea! There is something really raw and exciting about the EBM coming out via that particular collective! Youth Code is a good example of a cool modern take on the heavier side of the genre as well! Also, Factory Floor and an amazing Sydney based artist called Bura Bura!!

I think my ‘getting into Industrial’ story is pretty standard but happened very fast and later in life than most people probably experienced. I revisited Nine Inch Nails ‘Pretty Hate Machine’ and Ministry’s ‘The Mind Is A Terrible Thing To Taste’ about four years ago and it all took off from there. Skinny Puppy came next and have been my favorite band ever since! I think Front 242, Nitzer and FLA were my next discoveries and after that I spent a long time digging through as much EBM as I could get my ears on!

Australia has always had some important names in the world of EBM, darkwave and industrial music, I think of people like Foetus, Dead Can Dance, Severed Heads, S.P.K, Models, Snog/Black Lung, The Church. Today you have projects like yours, Ascetic (although this one is discontinued), Multiple Man, Forces, Zanias (relocated in Berlin), Kollaps. How is the situation there? Is there any interest in this music?

For a place with such a rich history of contributions to Industrial there is a little interest but not much of a scene. I mean, electronic music as whole does alright here but there’s not a huge thriving community for dark electro stuff. Having said that, there are some amazing projects around at the moment! Melbourne has Crisis Corp, Asps, Quell, V, DIM, Complete, Nerve, Sow Discord, Shallow, En V, Uboa, Hextape, Military Position, Habits and Papaphilia just to name a few! Sydney has Bura Bura who is creating some amazing ebm at the moment as well as Rebel Yell and Isserly who both create some really cool electronic music that crosses genres and sticks in the memory!
Queensland has a small scene for industrial stuff with great bands like Failed Assimilation and Dirt Factory (who recently did a wonderful remix for CG)! My fave all time Australian Industrial band is probably Foetus! GJ Thirwell’s music always scares the shit out of me in the best possible ways!!

You have a strong cultural identity and don’t shy away from talking about your Aboriginal heritage and sexual identity. How strong are these themes for you? Do they influence your music and lyrics?

I think like many people, I write from what I know and what feels personal and important. I think expressing my identity through the music is essential because particular elements of society don’t accept it or want to hear about it! I’m either too white to be seen as indigenous or too brown to be white to many people who don’t understand the complex and painful history of assimilation and white washing Australia has. Similarly with the gender identity, there’s no rules about ‘looking’ non binary so everyone just assumes and calls me dude and man and that’s not me! I’m gender neutral. I don’t feel like a dude or a man or a woman! I’m somewhere fluid in the middle and that’s hard for most people to swallow. Putting that stuff in the music is a form protest or education I suppose. Australia is in pretty rough condition right now. Climate change denying, bigot prime minister, bushfires, ongoing genocidal colonization, reduction of Indigenous land rights and our government has given a mining company an unlimited water license during a severe water crisis! It honestly feels like living in the apocalypse and it all feeds into the music and the lyrics! 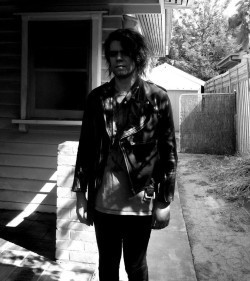 You have collaborated in some tracks with Veronica Sawyer. What can you tell us about them?

Veronica Sawyer is the super talented other half of the other industrial project i’m in, Deader (which is on hiatus). We have done a bunch of collaborative stuff in the past. their solo stuff is generally a lot more Darkwave and Synthpop influenced than what I do and the songs are super catchy and infectious! I helped produce the ‘Jet Black Faxes’ ep VS put out last year and it’s great! Super original but still very catchy and accessible! I’m sure there is much great work to come from Veronica Sawyer in future!

We live in a peculiar world. Internet permits contact between distant people (like you and me in this moment), as well as collaborations between people who have never met in real life, but we still have scenes, circles, unspoken rules, fashion. In Europe most of modern electro-industrial music is quite techno-oriented, while in other continents there was a resurgence of neo/proto EBM and recently 90’s-influenced projects. It’s like now everything is all over the place, and sometimes if you are not in a certain kind of style you can struggle to have the attention of promoters, public, locations. Have we lost the experimental and open-minded side of industrial music?

All I really know is that I love all of it! So much of what’s going on with modern ebm is exciting to me! It’s honestly really hard for me to gauge what is gonna work for people these days and as a fairly newcomer to electronic music I find it hard to judge the level of open-mindedness of people within those communities. I grew up listening to punk and metal so in my experience, electronic music fans and scenes are the most open to experimentation and the avante garde I have come across! At the same time, I am a selfish writer! I write what I wanna hear and look the way I wanna look for me and if people like it, that’s a bonus rather than the goal or focus. I create out of a need to express rather than trying to craft something specific for clubs or particular audiences. The work is harder but more rewarding in the long run!

Live experience: how do you live it? Do you like playing live?

I LOVE playing live! Performance is probably the main reason I do music! It’s survival!! Every show is a new cathartic experience! I throw myself around and do a lot of erratic ‘dancing’ during performances. I think I perform more like a punk singer than an Industrial front person. To be honest, for a set to be enjoyable, I have to find it painful and exhausting as well. It’s just part of the experience. Also, connecting with an audience while playing this kind of music rules because people actually dance!!

My live setup is fairly basic. Everything sits on a table. I run a backing via Reaper, use a Mopho as my live lead synth and a Microbrute for textural sounds, an MPX8 for samples and some old Alesis drum pads for extra punch. My voice is heavily effected via a VE20 vocal processor with reverb, delay, gain and chorus saturating the signal to various degrees.

Thanks again for having me. It has been a pleasure!