Published by Alessandro Violante on January 18, 2021

Rich Oddie, together with Christina Sealey, has been releasing music with the moniker Orphx for almost thirty years, and approximately ten years ago started the project O/H (Ontario Hospital) with David Foster (HUREN). Orphx have been recognized as pioneering artists in the process of mixing techno and industrial. Recently, Rich Oddie has started a new project, the label Ekstasis, which first release is No Contact (Live Archive 2011​-​2019), a sonic documentary of the live activity of O/H from 2011 to 2019. We have talked with him about the story of O/H, his new label, and many more.

Hi Rich, it’s a great pleasure to talk to you again, this time with an interview about your new label Ekstasis. First of all, I would ask you what inspired you to create your new label.

Thanks for getting in touch. I’ve been thinking about starting a new label for a few years now. When all of our shows were cancelled last year, I started working on a few neglected projects and this was one of them.

“No Contact”, the first release on Ekstasis, documents the live activity of O/H (Ontario Hospital – Oddie / Huren) through eleven songs recorded in Japan, Russia, Canada and the Netherlands from 2011 to 2019. The songs contained in the release have been further mastered or what we listen to is the result of the original recordings? Have you manufactured the tape by yourself?

I had the tapes professionally printed but the graphic design was done by myself with a lot of help from Christina Sealey, my partner in Orphx. I did a bit of EQing and editing to the tracks and mastered them myself.

I don’t know if I’m the only one who, until some days ago, thought O/H started approximately when your release “Future Ready” was released by Opal Tapes in 2015. Thanks to “No Contact” I’ve discovered it’s been – as far as I’ve understood – a decade since you started making music together with David Foster (Huren). What can you tell us about the beginnings of this project?

Dave and I have known each other for about thirty years now. We grew up in the same area. When we first met, he was making music as Teste and Perceptrons with one of our mutual friends. Experimental techno that would later be one of the inspirations for bringing techno influences into Orphx. Dave and I reconnected with each other around 2010. He had been making industrial techno as Huren on the Zhark label but around this time he was shifting into a power electronics / performance art mode: vocals, loops, effects, and very raw, unhinged performances. We started jamming together around 2010, combining my beats and basslines with his vocals and noise, and we started doing shows around Hamilton and Toronto. Christina joined us for some of the earliest shows, which were more like free form improvisation. We still have some of those elements in O/H but we soon focused on a more stripped down rhythmic power electronics approach with Dave’s vocals. 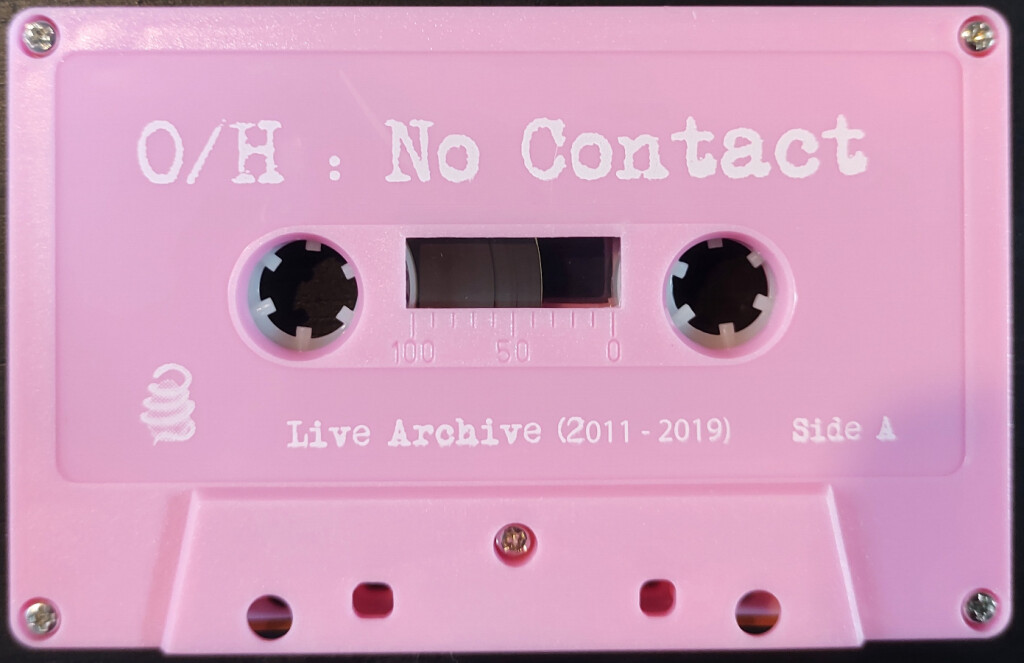 Although in “No Contact” the listener finds a similar sound to your releases “Future Ready” and “Market Values”, maybe thanks to the nature of a live recording there is a punk attitude and sound that emerges in a stronger way and that’s the first thing I noticed when I started to hear it. These recordings also emphasize that what was in some ways closed into a song structure on your previous releases here becomes a flow of sounds, vocals, and noises: a performance, so it’s something different. What do you think about it? In what measure do you consider yourself, this music and Ekstasis itself “punk”?

Punk is a big influence for both Dave and I. Most obviously in his lyrics and vocal style but also in the way we approach recording and performance. The emphasis is on live energy and a DIY approach, using limited means. As with most of the projects I work on, the starting point for O/H is live improvisation and I edit that material into finished tracks.

What can you tell us about the logo of the label? What do the snake and the egg mean?

This is an image of the Orphic egg, a symbol from Ancient Greek mythology and the mystery religion of Orpheus. The egg represents the cosmos and the serpent is the creative or energizing spirit. I’m fascinated by mythology and a lot of my projects reference mythological figures or ideas. Ekstasis is the ancient Greek term for ecstasy and it means “to stand outside of one’s self”: transcendence of the ego and union with the divine.

Is there a specific message you want to communicate with Ekstasis?

The name and logo reflect some of my ideas about music and art but there’s no particular message. Ekstasis is just a way to release music on my own terms and an outlet for various projects that I have in mind, across a wide range of music.

I think about Orphx and your early releases on tape, “01” and “02”, released on the label Xcreteria. Searching on the web, I found that you were involved in this label. Can we consider Ekstasis as the continuation of that project started several years ago, at the beginning of your activity with Orphx?

Yes. Xcreteria primarily focused on music from Orphx and related projects, and later expanded into releasing and distributing other artists. Ekstasis will have a similar focus on projects that I’m involved with but will also release music from other artists.

This first release was a limited edition tape but you’ve said that, in the future, you’ll also release music on other formats. What do you think about the use of tape today?

It involves a lot of nostalgia for me. I spent a lot of time collecting, creating, releasing and distributing tapes when I was younger. I loved the format, especially the fact that it was something you could create entirely on your own. I would print all the graphics and labels and duplicate and assemble each tape by hand. This was before recordable CDs were widely available. When cassettes first became popular again, I wasn’t terribly interested in returning to that format but I’ve rediscovered my love for them again. I won’t be returning to creating each tape by hand though!

I think that, nowadays, several new independent and interesting labels are playing a stronger role in the techno and industrial scene than in the recent past. Do you think the same or do you think what we could call the “underground network” has always had the same impact and influence on these music genres and on their evolution?

When I first started making music in the early 90s, there was a relatively strong division between techno and industrial music, especially here in North America. That has changed quite a bit in the last ten years or so. Small, independent labels have always been the driving force for industrial music and techno. What seems different today is that the division between those genres and scenes has lessened so there is much more cross pollination, new hybrids. And it is now easier than ever to create a label and reach an audience through online platforms.

Thanks for your time. Feel free to greet the readers and invite them to buy your new release!