Published by Davide Pappalardo on January 23, 2020

Today we interview a protagonist of 80’s-90’s Italian experimental and industrial scene, Gianluca Becuzzi. An ex member of Pankow and Limbo, he started in the 2000’s a solo career characterized by electroacustic compositions, drone sounds and ambient soundscapes. Here there are his ideas, feelings, opinions about his career and his last work The Bunker Years (2006-2014). At the end you will find our mini review of the album. 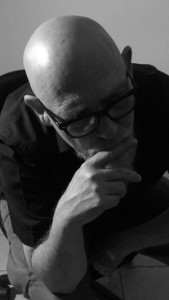 Welcome on Flux!. You are a veteran of underground electronic and electroacustic music active since the 80’s, and you had been part of important projects like Limbo and Pankow, among others. Still, you are not one to dwell in the past and you usually prefer to look at the present and the future. So: who is Gianluca Becuzzi today? What can you tell us about your current music production?

Gianluca Becuzzi is a man in love with art and music. I have been playing since I was born and I will keep doing it until the end of my days, because I have my own vision, a communicative urgency, and I’m stubborn. This is what I want to do, what I must do. I’m the first critic of my production, my music has the task of convincing me first of all, and that’s not easy because I’m a damn perfectionist. In retrospect, I wasn’t always happy with what I produced, but I think that’s right, it’s a path, a never-ending revaluation. I keep looking at music as a form of art even if the modern world looks in another direction. I keep composing and publishing albums even if I know they will be heard by the same three people as always, likewise I keep on buying music regardless of triple and quadruple speed connections. Probably history already declared people like me have lost, but I don’t care. I insist.

The Bunker Years (2006-2014) is a sort of anthology comprised of tracks composed within the time frame in the title. It’s a quite dense and dark collection with droning sounds and grim ambiances which shy not from noise,a release perfectly matched by its artwork. I would like to know about the idea behind it.

“Bunker” is the name used by me and my friends to call my home-studio in Tuscany. I have produced there all the tracks of the album, otherwise doomed to be found only on rare and difficult to find works. Bunker is not only a physical place referring to war architecture. Like I wrote on the linear notes of the CD: “Bunker is a mind dimension, feeling – even to oneself – something different from what stays outside. It’s a seclusive perimeter of inner resistance, a hiding from the outer world, its rules and conditioning. Bunker is a critic viewing point, the secret hermitage from which one can fight his own war against an unacceptable reality, its forms of idiocy and vulgarity. It’s a place where one can sublimate the incurable discord in opposite views: art and generativity. 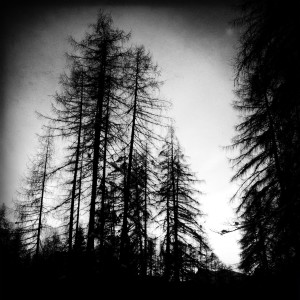 You have collaborated with many artists in recent years, let’s think about Massimo Olla, Daniele Santagiuliana, Deison. It seems collaborations are an important part of your music, allowing new paths while retaining the essence of it. What do you think about them? Do you agree?

Once again using the bunker metaphor, we could say collaborations are its door opening for people sharing the same principles and spirit. Who, like me, works in solitude needs moments of sharing and confront. The collaboration among artists with similar aesthetic visions, or compatible ones, is the ground for important creative processes which guide us toward the discovery of new ideas and methods of experimentation, the learning and the appropriation of them. These collective practices give us an unquestionable enrichment of our baggage of human and artistic experiences. My collaborators are people who, like my closest friends, can call themselves “Bunker People”.

You are not only a musician, you even write about music as a critic and a thinker of sharp intellect, sarcasm, no reverence toward the classics, and a genuine interest even toward new music and genres many of your peers are not very interested in, when not opposed to, like techno, modern metal, and so on. What’s your view about music as an author and a listener?

I can’t imagine the listener and author role as two different things. What I listen to influences my sound, and vice versa my sound influences my daily listening sessions. Intellectual curiosity and the attention to what’s around us are the basics of these dynamics and they steadily push us toward new forms of music. I can’t really understand how some musicians can say “I have no time to listen to other people’s music”. Likewise, I don’t trust people saying “I listen to any kind of music”, in my view it means they understand nothing of what they listen to. Yes, it’s true, I’m a voracious listener with little time for nostalgia and conservativism, and sometimes I like to put on paper the thoughts music inspires in me. That’s because I think music is a form of thought passing through the listening experience; so how would it be useful if it wouldn’t make us think, to generate an idea? To give emotions, like someone says? And what’s emotion, if not a lump of thoughts waiting to be free? 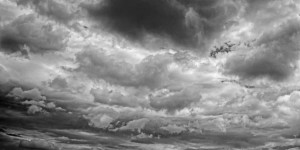 You are active as a live performer too, and you took part in many events and concerts. What can you tell us about the live experience?

For a long time I had thought of live experience and studio production as two totally different and separated things. Only recently I found out building a live set with all the characteristics of a performance can be a perfect premise for working next in the studio. I used to work the other way, producing music and publishing it first, and organizing the materials as a public performance only secondly. I found out you can work successfully with a different order while working on “Voices”, a performance for solo voice and loop station, a show I moved around for three-four years before reworking it as a studio album. As a testimony to that, “Voices [For Solo Voice]” will be out in these days as my new CD on the Swiss label LuceSia.

Any less know acts you feel like recommending to our readers?

The planet is full of artists deserving more attention. Today even more, with the overflowing web-offer which, contrary to what someone says, makes even more difficult the emerging of a personal talent. If I have to cite only one name, I choose the Austrian artist Slobodan Kajkut who, as Kajkyt, is producing astonishing beautiful albums; it’s radical music without compromises and with an ultra-minimal form, graced by a very dark mood. You have absolutely to listen to it.

Thanks to you, Flux, and to every enthusiast who supports and gives for what I have done and I keep doing through music. Really, thank you. 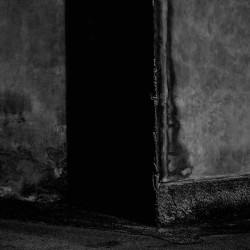 The Bunker Years is a compilation with tracks composed by Becuzzi in his home-studio in Tuscany between 2006 and 2014, previously available only on limited releases or unreleased. A collection of 8 tracks informed by ambient, drone, field-recordings. The rule of the shadows is a perfect example of what we can find here, a track made of solemn crescendos and ritualistic slow rhythms, dwelling in reverberated atmospheres and shrilling noise-tinged effects. Obsolence is an inquisitive episode with distorted notes and growing dissonances, a droning mantra reached by grave bass sounds in a heavy scenario, while Time space freq plays with dark ambient motifs and distorted effects with abrasive qualities. Until the end of all ends our journey with grim soundscapes full of controlled tension, a track which grows with drone/noise movements enriched by industrial elements abd ominous ambiances. Another work for the lover of experimental drone music with sharp sounds and dark atmospheres.