One of the names at the forefront of EBM’s recent resurgence, Unconscious is the alias of Milan-based artist Andrea Riberti. Incorporating old school elements of body music infused with 90s rave and post-industrial influences, since 2013 he has been releasing on various labels, such as Instruments of Discipline, X-IMG, Blacksilk and recently Detriti Records. We had a chat with him about performing as a live act, his musical journey and thoughts about the current scene.

First of all, thank you for taking the time to talk with Flux! You’ve had quite a busy few years, touring around Europe and releasing on a number of different labels. Can you tell us a bit about how your musical journey began and how your sound has evolved over the years?

I grew up in the midst of music from an early age, because my dad played and still plays drums, and so I heard a lot of music at home. I think my first love with electronic music came around the age of 13 years, at a party with friends where an older guy was playing with vinyls. I still remember that record: ‘Joe Inferno – Analyzer’. I was strongly attracted and fascinated by the composition of music, in the sense that I wondered how it could be created and with what instruments. My hunger for knowledge and curiosity resounded in my head. So I started listening to more and more records and inform myself about the instrumentation used to make music. Until the age of 18 with great sacrifices, I decided to buy my first instruments: an Akai 950, a Roland D50 and an Atari ST 1040 that I used as a sequencer. Obviously I didn’t have a musical education so I learned everything by myself. I believe that my style and my sounds have evolved in a very natural way, every positive or negative experience influenced this growth.

Your productions seem to take inspiration from quite a variety of styles. Who or what are your influences, from within and outside of the musical sphere?

I am influenced by everything around me, from old movies, books and works of art. A great source of inspiration for me was the vision of Twin Peaks, full of mystery, surreal and dreamlike. The music has strongly impressed me, in fact I always try to include a romantic, melancholic and cinematographic touch in my works, even the most industrial and techno ones. I wish when someone listens to a track without knowing it’s mine, say, fuck this is Unconscious (ahahahahahah). Obviously, an important role was played by Depeche Mode, a group that I love and then the whole Darkwave, EBM and New Wave scene and a bit all the 80s – years that I love very much! 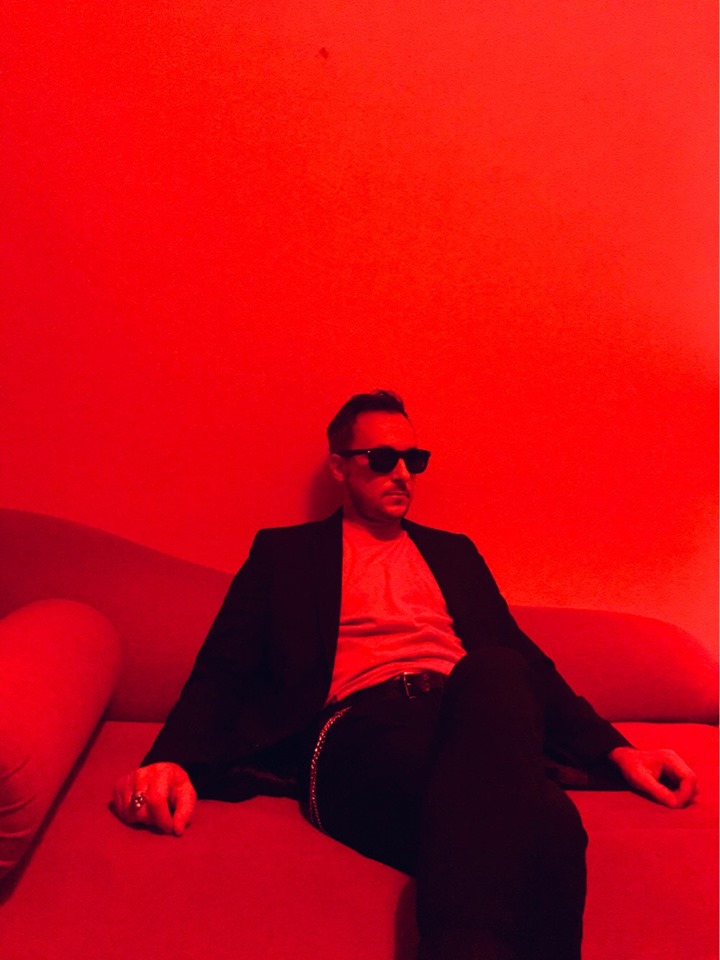 What are your thoughts on the electronic music scene today, do you feel that it has changed for better or for worse since you began being involved with it?

Difficult question, in some ways it has changed for the better because it is easier to emerge thanks to the internet, but this is certainly a double-edged sword. In the world of the music industry it is full of fake people, but fortunately I met a lot of nice people who believed in me and my music. I have not had “help” I do not come from a big city but from a country forgotten even by God and for me having achieved certain results is a double satisfaction. I think we should focus more on music and less on the appearance of followers and sponsored pages of fucking. In the end it’s the music that speaks.

As Unconscious, you have been playing live rather than doing DJ sets, this is refreshing to me as it seems that these days there is a kind of formula that most artists are following, where it feels like you have to be both a producer and a DJ to succeed. Is there a reason you prefer to play live and do you feel that this decision has either hindered you or benefited you in any way?

I was born as a producer, because I like making music, I never considered myself a DJ and I still don’t consider myself that. I prefer to play my works live, play my tracks each time in a different way than the original versions, adding things, mixing new samples and creating new journeys. This of course compared to a DJ set can limit you, but I don’t think it hindered me. Maybe, soon I’ll start to do some DJ sets (ahahahahah).

Speaking of playing live, you have been touring all over Europe recently. Is there a place or a performance that has stuck out to you, or somewhere that you would love to play in the future, whether its a specific club, city or country?

I have beautiful memories in every place I’ve been. I have always met beautiful people, open minded and who have always made me feel at home. I’d like to play in Tbilisi, it’s a place that has fascinated me a lot.

You have just released your EP ‘Your God Is Dead’ on Detriti Records, as well as a remix of a Distant track for his Fallen Emperor EP. Can you tell us about how these collaborations come about?

I have always followed the label, one day I decided to send some unpublished works in the hope that they would like it and here is that Your God Is Dead has become a vinyl. For me it was an immense satisfaction. As for the remix for Distant, he contacted me asking me if I wanted to do a remix for him, the track was valid, so it all started. The same for the remix of my track ‘Blood’, I sent the tracks to William (QUAL) he liked them and he chose which one to remix. I like to collaborate with the artists I appreciate, it’s always nice to compare oneself with others.

You have an upcoming experimental track to be released on Blame Rec. Your previous releases have been mostly dancefloor-orientated, what inspired you to take this more experimental approach and is it something we can expect to hear from you in the future?

I have a lot of ambient and experimental tracks unreleased in my HD. I did an experimental set last year at the Urban Spree for IOD. As I said, I love cinema and art, this is what drives me to travel in these metaphysical universes and to discover new things, things that must be danced with the mind, without asking questions.

Thanks again for talking with us! Is there anything you would like to add? What is next for Unconscious?

First of all, I wanted to thank you for the interview! There will be new gigs coming, an EP that will be released in December in collaboration with my mate Vittorio Di Mango (the premiere will be online Thursday November 21th) And then there will be a mini album, in which I believe a lot! Which will be released in tape format on a label whose name I cannot reveal for now! I can only tell you that it is entirely dedicated to my partner in crime and wine Karolina.