Published by Davide Pappalardo on July 4, 2020 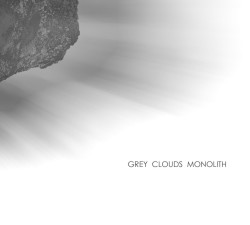 Their first output is the self-titled 7-track compact disc published on Italian label TOTEN SCHWAN RECORDS, a mutant voyage made of abyssal soundscapes and dream-like atmospheres, where nothing is left to chance and the sound-design aims to recreate an inner world and its peaks and valleys.

Memories fade in dust welcomes us with its dungeon-themed innuendos and slow movements, underlined by evocative cinematic lines and suspended rhythms. An ancient atmosphere dominates the track, while engrossing whispers give us a sense of hidden menace. The sound never explodes, keeping us on the edge during all of its course. Ashes of the gods employs acoustic fragments with ethnic rhythmic patterns, soon reached by dark ambient elements and distant sounds coming from the other side of consciousness. The music creates a sea of mysterious effects, while droning movements hypnotize the listener.

Subharmonic requiem offers a static experience recalling 60’s-70’s electronic experiments, a concept of disturbances rendered as a droning mantra in which shrilling effects suddenly show themselves and then disappear again. During the second half sharp sounds concur to a sense of constant uneasiness, even if we don’t know exactly why. The last title-track is a final voyage in dark ambient/drone effects, among which glimpses of melody and sharp sounds move as broken memories mixed together. The contrast works perfectly, and the track knows an evolution characterized by noisy mantras and a sparse percussion, guiding us toward a climax made of field-recordings elements.

Grey Clouds Monolith is a work enriched by the experience of its two authors, offering a dark effort capable of staying true to its main theme through the course of its tracks, but at the same time capable of keeping the listener attention at high levels thanks to sudden and well placed variations. The dream-like atmosphere follows us and informs the work, while the crafting of sparse micro-rhythms and the use of ritualistic elements evoke an ancient, inner world. Recommended for a formative experience during meditative sessions.