Published by Alessandro Violante on June 8, 2022 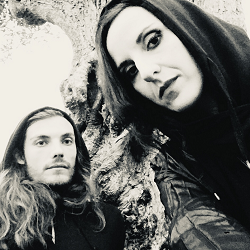 Today we talk with CPR, a mysterious duo formed by Alekzandra and Liziuz, and especially about their project-label Limbic Resonance, also formed by Jeroen Lauwers (Red Stars Over Tokyo, Hot Hair, Records, Testtoon). Besides those experiences, Alekzandra has already collaborated on the Liber Null Records compilation entitled Seven Years Of Delirium, while Liziuz has released music with Semantica Records and Hospital Productions. There re a lot of topics to discuss, but we’ll let the artists talk for themselves. Hi Alekzandra and Liziuz, it’s a pleasure to talk with you on our website. I’ve listened to the releases released by Limbic Resonance, and I would like to start the interview talking about your last new release, Inner States.

What can you tell us about the project Limbic Resonance? How did it start and what’s
about?

First let me tell you why we choose to name the label Limbic Resonance:

Limbic Resonance stand to describe the emotional state we are sharing through our music. It is defined as a state of deep emotional and physiological connection between two people.

The limbic system in the brain is the seat of emotions. When two people are in limbic resonance, their limbic systems are in tune with each other.

How did it start? The idea of opening a Label has been in our minds already for years, but never really giving the actual thought of bringing it to the real world. There are so many amazing labels out there, and opening another one just for the sake of opening kept us from going down that path. However, after releasing our first EP « Earth Is Heaven / Heaven Is Hell « with Jeroen (Red Stars Over Tokyo) back in 2019 on Testtoon Records and our first CPR Album on Privat Records, we realized that we have much more music ready to be released and sadly Michael from Testtoon Records decided to stop with the label so the logical idea to bring our own label to life became reality. It took the pandemic time (nearly 2 years) to finish working on music and getting ready for the label launched which we are very proud and happy to have today. Basically the main idea behind LR is mainly to present our own music also because it isn’t that easy to find labels to release this type of sound and beside we are not looking at becoming the next hyped and well known label but rather having a home for our music.

How do you make music together? Do you make your songs together or do you work
alone?

Most of our music is a one shot – one day – improvisation. We prepare the sounds what we wanna use and we just start to play, record and in the most of the cases, that’s when the „magic“ happens. Often those impro Sessions go over 90 minutes and often a lot of random material has been created, but occasionally, there is this moment when we are in „tune“ and something seems to guide us threw the music. Thats when we have found the next piece. That’s also when we become connected and in tune with each other due the name « Limbic Resonance ». 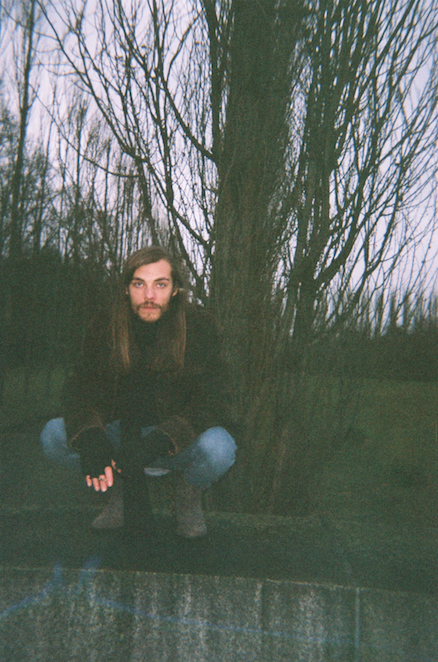 That’s when we work with a certain emotion or athmosphere and translate it into sound. Each session is equivalent to a journey into a different dimension for the listener, away from the daily musical routine.

Of course sometimes there is a bit of final editing, maybe the voice, or adding some sound design. 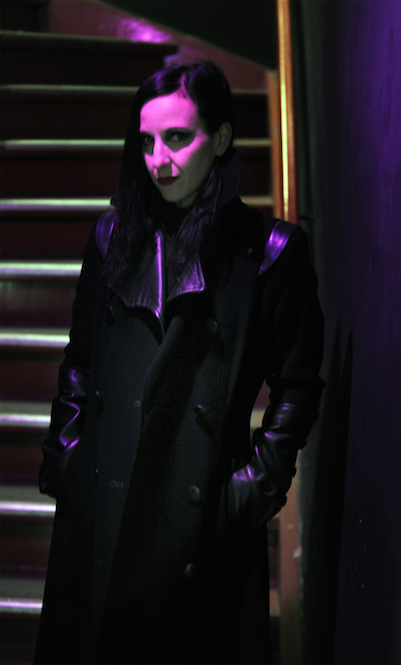 If I listen to your music, I imagine it in its live performance context, be it a large room or
some gallery. Which kind of live performances do you do? Do you like to play live?

Paradoxically all the tracks on the album are recorded live performances, but never really played live in front of an audience. That doesn’t mean we don’t want to, we are just too busy right now with other projects and live itself. Also We have a specific idea in mind about performing live, and this idea needs practice and has to grow with us.

How did the CPR project start? If i can ask it, what does CPR mean and what is it about?
In which direction are you going to?

It all started 12 years ago as an „after hour jamming“ around kind of thing. We both have a deep love to dark, experimental music. So we created a safe space in order to go very deep with each other, explore each others fears, that is for us only possible within that musical realm. The darkness in the music helped us to archive those states, and reaching beyond it, and finally arrive at a place where everybody should aim at: Love .

It also helped us to strengthen our bond to each other, to show very vulnerable parts to each other you would normally have difficulties to show. That universe, in which you can access deeper levels of communication, beyond language or reason, has been the main drive of this project. We learned from each other and we still do. So there is no real direction, there is no style we try to achieve, in fact we try to get rid of as much assumptions as possible, and just let it run by its self.

“Music can be used to dissect the deepest parts of one’s artistic ego whose very existence one could even ignore. In the moment in which a certain sound is given life, through the voice or through the mixture of the right elements, the music becomes therapeutic. When we leave the studio we feel regenerated, with a free mind and no more tensions, and for us that is a great satisfaction, that’s most probably where we are going

Not having a precise style to follow and not seeking success with the consequent pressure typical of the record industry of large numbers also give you a certain freedom The name CPR is short for CyberPunk Romance and lays out our affinity for a certain ambience, in which we draw our creativity from. we wanted to symbolize through music our romanticism and passion for a certain lifestyle, the attraction for nightlife and its decadence.

Cyberpunk also stands for a setting, based on movies from the eighties like dark city, Videodrome, Blade runner, in which you have neon lights reflecting in dark narrow city streets, like we also experienced in Berlin in the nights, too. The lights make those dark and otherwise creepy streets comfortable but also mysterious. And it doesn’t have to be a bright light, on the counterpart, the light just have to show you the right way, not necessarily enlighten the entire street!

And the romance stands of course for our relationship, for our bond to each other and our promise to maintain the universe we created over the last 13 years.

Until now, Limbic Resonance has released music made by its founders: you and Red
Stars Over Tokyo. Have you thought about releasing other artists in the future, or will you
only focus on your music?

Well as said above, the label is mainly existing to have a home for our music but of course being connected to the music industry since so many years and having so many talented friends it became natural to open our doors to other amazing artists and we are currently planning a various artists compilation with 12 of our favorite artists that we truly admire and love. We feel very honored that so many artists and friends support the label and have accepted to contribute to this VA which is planned for approximately spring 2023 on a double Vinyl.

There are also already talks with other friends and artists to release on the label for 2023 so no, it won’t be just our music.

We just finished the next CPR album which is more focus on meditative states, each track is specifically composed for reaching deep state of meditation, more info’s will be release soon but it is definitively an exciting album which I can’t wait to have out so keep an ears on all of what’s to come next and support the label if you like what you ear 😉

Thanks for your time! If you want, greet our readers and invite them to buy your new release!