Chrome Corpse – Anything that moves

Published by Davide Pappalardo on February 5, 2020 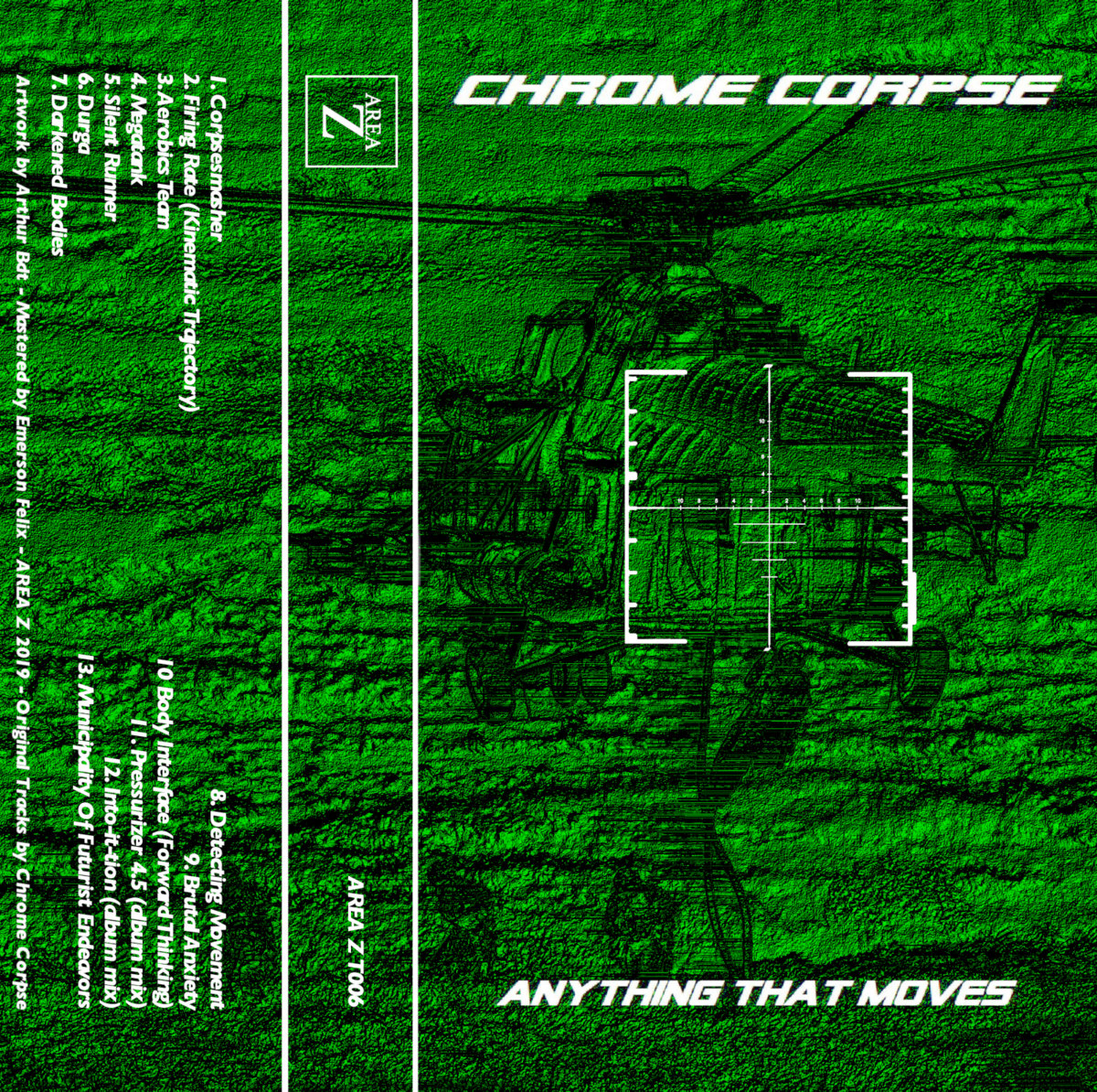 Hailing from Seattle, Chrome Corpse are an American EBM/electro industrial band formed by Michael F Ninethousand and Peter Jobson in 2017. The actual formation sees Antoine Kerbérénès of Null Split and Jimmy Shogren too. Their music is throbbing, fast-paced, physical, and informed by 80’s oldschool and sci-fi themes. Cabaret Voltaire, F.L.A, Nitzer Ebb, Front 242, Portion Control are some of the names you will think to while listening to them.

After the self-released debut Chrome Corpse, the EP Gun Spit, and a series of digital singles, EPs, and a limited compilation called Bodyhammers (Razgrom Music, 2018). they debut on AREA Z with the 13-track album Anything That Moves. Expect a hard-hitting and unrelenting work with irresistible refrains, hooks, and a lot of oldschool grooves and basslines.

Corpsesmasher perfectly works as a declaration of intent: broken sounds and samples prepare us for a cyber ride with unmistakable basslines and kicks dwelling in 80’s structures and galore. The second half of the tracks collapses into noise territory with frontal distortions and walls of noise of the harshest nature. Aerobics team is a compulsive EBM number in the spirit of Nitzer Ebb: muscles and sweat made music via droning lines and punishing distorted drums underlined by shouted vocals. Minimal passages and militant atmospheres meet robotic effects in a fascinating communion.

Silent runners shows an interest for robust songwriting with seductive vocals and sampled guitars, recalling acts like A Split Second and the oversea “rock themed” attitude toward electro-industrial. Refrains, choruses, crescendos, syncopated effects, 4/4 rhythms; you will find it all in a track going well beyond a coy-paste episode. Detecting movements is another throbbing piece with punishing marches and aggressive vocals, a slow movement enriched by samples and hypnotizing synths. The track moves with subtle variations on the main theme.

Pressurizer 4.5 (Album mix) gives space to the funk in electro-industrial, something sorely missed in many recent productions. Syncopated kicks and straightforward bass-lines guide us in a frenzied dance for rivetheads, sometime recalling the more acid experiments of early Cat Rapes Dog. Once again the attention for details and actual music pays, giving us something that won’t leave our ears for quite a time. Municipality of futurist endeavors ends our voyage with synth melodies and vocals that wouldn’t be out of place in a Portion Control or Cabaret Voltaire album of old. This is minimal EBM at it’s finest, never boring, enriched by actual singing and an apt songwriting. Contagious keys craft crescendos while riffing lines give space to further assaults.

Anything That Moves gives to any fan of oldschool EBM what he desires: tracks with a structure and an identity, captivating passages, atmospheres, pathos, and even some surprises while never straying too far from their style of reference. Mixing militant sounds, cyberpunk atmospheres, retro elements and a lot of song-form ideas, Chrome Corpse confirm their place as one of the most interesting acts in the resurgence of EBM/electro-industrial in America. Highly recommended.