Published by Davide Pappalardo on October 19, 2019 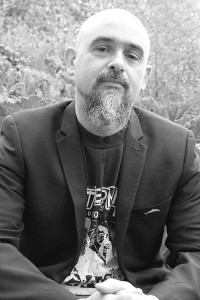 Scorn is the legendary project from Mick Harris, the English musician who worked in Napalm Death and created names like Fret, Pinkiller, and Lull. On occasion of his last EP Feather , we have interviewed him about Scorn’s past, present and future.

Welcome on Flux, thank you for this interview. Scorn is a ground-breaking project with a very long history starting in the early 90’s. From the guitar-oriented sound of Valis, Colossus, Evanescence, and other works, to the more abstract and broken sound of 2000’s outputs like Greetings From Birmingham and List Of Takers, you have always shown a certain taste for suspended atmospheres and dark undertones. Your recent EP Feather is no exception, but it features an even darker mood with strong dark-ambient elements. Would you like to tell us what happened between your previous last efforts Refuse;Start Fires and Yozza, and this new one? Do you think there is any difference in your modus
operandi?

Thanks for the Q’s ill give it a good shot.

Feather is sort of Scorn in headphone mode if that makes sense.Its pretty dense and less beat heavy but still retains a solid pulse. For me nothing different in the way i have worked previously other than a new sampler/sequencer i havent really changed anything in the way i work. My setup is pretty minimal and basic and hands on. The mixer has always been an instrument for me and being able to send sounds in and out effects in and out.Im still a collector of found sounds and field recordings.

You made a new album on Ohm Resistance; what should we expect? More in the vain of
Feather, or there will be other facets linked to the past?

Im actually half pleased with this new recording and that is what makes me want to keep giving it a go that drive and journey and pushing pulling. For me Cafe Mor is strong and to have special guest/friend Jason Williamson on voice on one track made my day,sits perfect. I do look forward to playing out live versions of the tracks.

You have been part of different scenes, from 90’s grindcore with Napalm Death to oldschool techno as
Hygiene and experimental electronic music with Scorn. What can you tell us about your experiences? Did they teach you to think outside of boxes and genres?

I have always just gotten on with the project in hand,im influenced and dont shy from that never have but i have always tried to put my little print on it my twist. Nothing special or great about my works but i try each every time and the journey is still fun.

What does Scorn stands for? Is it only a musical expression, or is there a theme and concept behind it?

You worked in your first works with another legend from Birmingham, Justine K Broadrick of
Godflesh fame, another ex member of Napalm Death. He has having a huge success in the so-called
techno-industrial scene thanks to his project JK Flesh; do you think it could be possible a new
collaboration with him?

Me and Justin speak on a regular basis the last few years and its good to be talking with JKF again hes an honest chap and has shared some good advice with me on several occasions which was pretty damn good of him. I have just done 2 Monrella tracks for a split with JKF for his Avalanche Rec label. No plans of a collaboration but Regis keeps saying “come on mick me and you go to justins and make some music’ maybe one day,i was forgiven for not going to the barbecue.

What do you think about the current underground electronic scene with its mixing of different genres
and cultures, from techno to dub, from industrial to noise, from ambient to breakbeat? Is it close to your
vision?

Im still old school, its hard to keep up with it all and what is actually hitting the right spots.
Some solid sounds/music being made out there, kids have never had it so easy.. 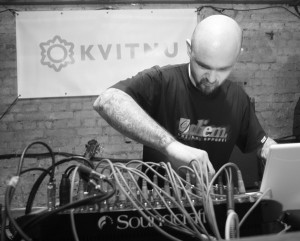 Let’s talk about live experience. Do you like playing concerts and events? Does it add a new dimension
to your music efforts?

Love live=loud louder and a bit more please same for the bass as if you cant feel it then its fake and wrong. Live you get to improvise more and dub the sounds alot more and ride the loop/mantra. Soon come…

What about the future beyond your new album? Do you have anything in mind? Is it a new phase of
your career?

Im trying is all i can say trying hard. Watch this space as they say. There will be new scorn fret monrella lull for sure. Im only 52

Thank you again for your time. Anything you would like to add?